DDR4 has finally hit the big masses with the release of Intel’s high end X99 platform aka Haswell-E. Besides the massive available bandwidth these DDR4 modules can also pack a far higher density per stick. All this goodness is available at your disposal while requiring a mere 1.2Volts. Only drawback, as per each technology at launch is the high retail price. Today we have a look at CORSAIR’s mainstream kit: the Vengeance LPX series, however mainstream doesn’t necessarily imply low speeds. The kit we are reviewing today runs out of the box at 2800MHz; not uber high end speeds though more than suitable to satisfy both the tweakers and the die-hard enthusiasts. 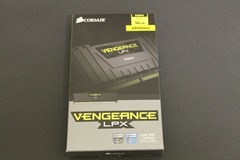