Happy Monday, welcome to a new week and we’ll start it off with a listing of the new products we’ve recently added to our main site. We’ve got projectors, cell phones, netbooks, GPS devices and monitors too!

Let’s start off with a Camcorder 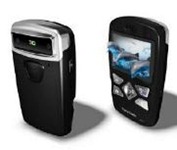 The ViewSonic 3DV5 is a camcorder that supports 3D HD recording and allows users to record 3D movies and watch them back on their 3D-ready TV, monitor or projector. The ViewSonic 3DV5 features one-touch recording function and allows users to switch between 2D and 3D recording modes. Users can either plug the camcorder into their computer via USB, or plug it directly into a 3D TV using the included HDMI cable and view it on a bigger screen. Content can be watched in 3D without the need for 3D glasses, which is enabled via the built-in ‘autosterescopic’ display. Videos recorded can also be uploaded directly to YouTube’s 3D channel.

Then how about some monitors 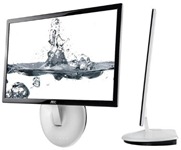 The AOC e2243Fws is an LED backlit monitor that is designed in an ultra slim cabinet measuring 12.9mm thin. The 21.5” LED panel features Ultra-High Dynamic Contrast Ratio (DCR) of 50,000,000:1, and is powered by mercury (Hg) free LED backlight which saves up to 50% of the energy. It also features “e-Saver” technology, which enables the user to set the monitor to a lower power configuration when the PC is in screen saver mode or powered off, or if the user is simply away for a while; an illuminated touch key controls with graphical OSD menu icons; and a base that doubles as a wall-mount.

The AOC e943Fws is a 21.5" LED display that supports 1366 x 768 pixel resolution at 60Hz and has a response time of 5 ms. It also supports up to 50,000,000:1 dynamic contrast ratio, e-Saver low power modes and has a low power consumption. The AOC e943Fws ships in 100% environment-friendly packaging. It features analog D-sub input, D-sub 15 pin interface, and has less than 18 W power consumption. The display also features controls such as Auto (source), Eco (DCR)/left, Image Ratio/rigtht, Menu and Power control.

Then how about a television

Then maybe a couple cell phones

The HP Palm Pre 2 is a smartphone that was announced and released in 2010. It works on HP webOS platform. It comes with a 3.1-inch multitouch screen HVGA display. It comes with a QWERTY keyboard in a slide-out design. It has a built-in GPS. It features a 5-megapixel camera with LED flash. It is available in the color black. It comes with a battery that can last for up to 5.5 hours talk time and 350 hours standby time. It comes with a charger/microUSB connector with USB 2.0 Hi-Speed. The HP Palm Pre 2 measures 2.35 inches x 3.96 inches x 0.67 inches (WxHxT) and weighs 145g.

The Motorola Quench XT3 is a smartphone announced and launched in October 2010. This Moto droid was previously known as the Motorola XT502 Greco. It is a touchscreen bar phone that bears similar resemblance to Motorola’s previously launched – the Motorola Quench smartphone. This version runs Android OS 1.6 Donut. It comes with a high-resolution 3.2-inch capacitive touch screen. It features a 3-megapixel camera with LED flash. It comes with a Trackball that enables users to browse through menus and web pages. It works on a 600MHz Qualcomm MSM 7227 CPU. It features Wi-Fi b/g and GPS. It supports microSD cards up to 32GB. The phone is slim and sleek measuring at 12.6mm thin and weighting in 114g.

Then maybe a laptop and a netbook 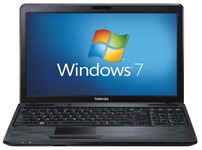 The Toshiba Satellite C650-1CN is a laptop that was announced and released in 2010. It comes with 2GB of RAM. It is powered by an Intel Celeron Processor T3300. It works on Microsoft’s Windows 7 operating system. It comes with a 15.6-inch Toshiba TruBrite HD TFT High Brightness display with 16 : 9 aspect ratio and LED backlighting. It is designed in a black finish with a textured pattern and black keyboard. It comes with a lithium battery that last for 4h20min. The Toshiba Satellite C650-1CN comes with a one year warranty. It measures 380.0 x 250.0 x 28.0 (W x D x H) and weighs 2.40 kg. 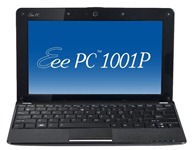 The Asus Eee PC Seashell 1001P-PU17 is an ultraportable laptop that was announced and released in 2010. It runs an Atom 1.66 GHz processor. It comes with 1GB of RAM. It features a 10.1-inch WSVGA TFT Active Matrix display. It runs on the Windows 7 Starter Edition. It weighs 2.8 lb. It comes with a Lithium ion battery that can last for 11 hours. It measures 1.3 x 7 x 1 inches (WxDxH).

…and a GPS Navigation Device 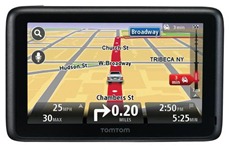 Extra-slim design with sleek 4.3" glass touchscreen – Expand your horizons with this sleek, 4.3” glass touchscreen. This wide screen allows for an expanded driving view and optimal operation of the devices’ intuitive menu screens. You can easily swipe your finger to move from screen to screen, or pinch to zoom, for easy map viewing.