Happy Wednesday. With all the CES news I forgot all about posting this yesterday, but here it is, the latest products added to our main site which include all sorts of things like phones, laptops, and cameras and more.

Let’s start with the cellphones or cellphone actually.

The LG C310 is a dual SIM QWERTY phone that was launched in late 2010. Basically, this phone supports two SIM cards. It features a 2.4 inch QVGA display. This is the first active dual SIM handset coming from LG. The LG C310 can be used for home and travelling by having two different billing accounts in it. The phone can be used for both personal and business use with its dual SIM capability. It comes with an internal memory of 200MB and external of up to 2GB. The phone also allows users to sync the phone’s date to their PC. The LG C310 dual SIM QWERTY phone is available red trim, or white with orange trim.

Then let’s get the laptops out of the way.. 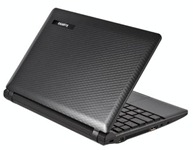 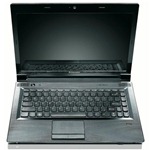 The Lenovo IdeaPad Y560p is a high-performance notebook that was announced in late 2010. Featuring a 15.6-inch display screen, this laptop is powered by a processor based on Intel’s Sandy Bridge architecture. The IdeaPad Y560p also features Lenovo’s VeriFace face recognition. It is designed in a sleek form factor. It is designed with a one-handed hinge open feature. It comes with user-friendly ports. It is available in either metallic gray or white interiorly. The IdeaPad Y560p notebook is based on the Huron River platform. It runs on Microsoft’s Windows 7 operating system. Equipped with a high-performance processor, this notebook comes with multimedia features. It comes with up to 8GB of 1,333MHz DDR3 memory. This notebook from Lenovo can provide users with up to 33 percent faster boot up. On the same line, it also provides 50 percent faster shutdown time. Equipped with Lenovo’s latest technology, this notebook features the OneKey Theatre.

Then let’s move on to desktops and barebones systems. 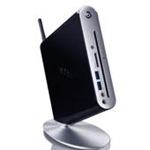 The Lenovo IdeaCentre K330 is a performance desktop computer with Turbo Boost 2 that was announced in late 2010. Powered by the latest Intel Core i7 processors alongside Intel Turbo Boost Technology 2.0, it comes with a Power Control Switch. Expected to be released in 2011, this Lenovo desktop is equipped with up to 16GB DDR3 memory. It comes with twin RAID0-configured hard disk drives and has up to 4TB of hard drive storage. It also has an optional TV Tuner and HD graphics support. It features the Turbo Boost 2.0 mode that consists of a Green mode, a Red mode and a Blue mode. It comes in a metallic mid-tower case with side vents.

Then how about an optical drive:

…and then a digital camera

and last, but not least, a memory card reader