It’s Monday, a new week has begun and that means time for the list of new products that we’ve added to the main site where we collect reviews of products from all over the world to help you make a better purchasing decision.

We’ll start this off with an MP3 Player

The Sony NWZ-E354 is a personal media player that has a memory capacity of 8GB. The plaeyr supports up to 50 hours of audio playback (mp3 files at 128 kbps) and 10 hours of supported video playback (WMV at 384 kbps). It features “Clear Audio” technologies and comes equipped with Content Transfer Software, which enables transfer of music and video files straight from a PC or iTunes™ library (not including DRM files). The player also features Sony’s SenseMe™ technology, which automatically categorizes music tracks in a connected library into a variety of music channels and playlists; a new user interface with such features as “Album Scroll” and “Scene Scroll” for content navigation.

Then we have a Printer:

The Epson WorkForce 325 is an all-in-one printer that supports 4.3 ISO ppm (black) and 2.2 ISO ppm (color) and has built-in Wi-Fi CERTIFIED n1 networking that allows users to print and scan from any room in the house. It also supports high-speed faxing in black and color and a 30-page Auto Document Feeder to copy, scan or fax stacks of originals. The Epson WorkForce 325 can convert scanned documents into editable text via the included ABBYY® FineReader® software and is an ENERGY STAR and RoHS compliant device. The printer supports individual cartridges that can be changed separately. It comes with instruction manual, CD-ROM containing drivers, a power cord, and a telephone cord.

Then maybe a  Blu-Ray Players

Then how about a couple home theater systems: 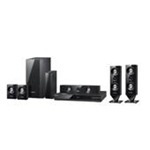 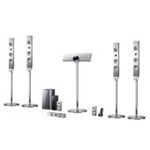 Then we’ll finish this off with a few TVs: 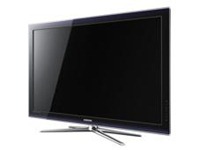 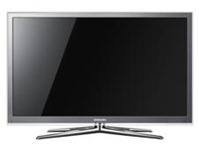 The LG INFINIA 47LX9500 is an LED TV that provides users with access to NetCast™ Entertainment that provide them with Internet services direct to their TV. They can access movies and TV shows, news and weather and HD movies in 1080p. It supports TruMotion 480Hz technology that eliminates motion blur from fast-paced scenes and delivers optimized images. The LED TV also supports 3D image (3D glasses required and sold separately). Other features include high definition 1080 output, surround sound technology, and wireless 1080p connectivity which eliminates the need for wires.