Crazy week, tons of emails, mostly junk, this just got lost in the mix. Here it is now though, the new products just added to our main site. We’ve got a nice mix of products this week, so check it out…

Let’s start it off with a memory card:

The Lexar 64GB SDXC Card is the latest SDXC card that can store as much as 64GB of data consisting of videos and photos. It comes with a 133X speed rating. This SDXC card can read and write data at 20MB/sec. It is best suited for the high-definition video cameras. It can safely store both photos and videos. Devices that are compatible with the latest version of the SecureDigital storage standard can use the 64GB GB SDXC Card from Lexar.

How about a couple GPS Devices: 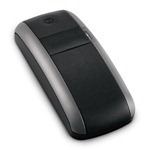 The Garmin GTU 10 is a GPS locator that supports web-based Garmin Tracker™ service for computers, smartphones and compatible Garmin nüLink devices. Designed in a 3"x1.3"x.8" form factor that weighs 1.7 oz, the Garmin GTU 10 is a waterproof device that can attached to a backpack, dog collar or anything that needs to be tracked with its carabiner clip and pouch. Users are required to register their GTU 10 at my.Garmin.com to enable the tracking service, then have tracking data delivered across AT&T’s wireless network. Users can then manage their GTU 10 and map its location through a computer, or via their mobile phone with a downloadable Garmin Tracker™ application to see the location of GTU 10 and how it relates to their current location. The device is also compatible with Garmin nüLink and can automatically route users to the GTU 10’s location with turn-by-turn directions. 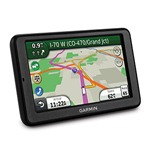 Next us is a monitor: 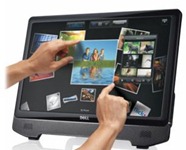 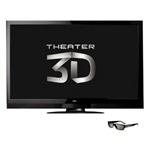 The Vizio XVT3D476SV is a Theater 3D HDTV that was announced in January 2011. This model forms part of Vizio’s new VIA Plus line that has Google TV and VIA Phone and VIA Tablet compatibility. With a 47-inch display screen, this TV enables access to Vizio’s Internet Apps platform. It comes with the SRS Studio Sound technology. It has other features as well that comes from Vizio including Netflix, Facebook, Amazon Video on Demand, and Yahoo! TV Widgets. It comes with Google TV functionality. This HDTV from Vizio supports an array of 3D formats. It is compatible to be used with Oakley’s “optically correct” specs.

Here’s something new in the iPad Accessories category: 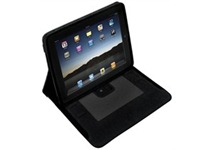 The iHome iDM70 that comes with a protective ‘sound sleeve’ case and stand and features built-in rechargeable stereo speakers. Compatible with an iPad, the iDM70 comes with a iPad case, protective silicone sleeve and six-position stand. The built-in rechargeable flat NXT™ stereo speakers allows users to listen to music wherever they go, and is designed in a low profile and reduces the need to carry any additional hardware.

Then how about a couple digital cameras: 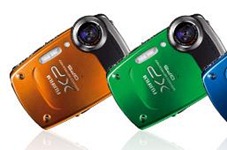 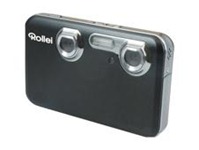 The Rollei Powerflex 3D is a point-and-shoot digital camera powered by two 1/2.5" CMOS image sensors that provides users with 3D still images at a maximum resolution of 2592 x 1944. It also has the capability to record videos in HD (1280 x 720) at 30 frames per second, and features a 2.8" LCD display with a resolution of 640 x 480 pixels. Users can view three dimensional images without the need for special 3D glasses as the camera is equipped with the special Parallax barrier display technology. The Rollei Powerflex 3D is slated for release in January 2011.

and then a nice new cellphone: 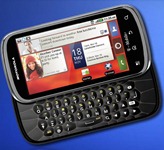 The Motorola Cliq 2 is a mobile phone similar to its predecessor, the Motorola Cliq albeit a redesigned keyboard. It is also designed with a bezel around the screen that is shinier, and is powered by Motorola’s MotoBlur user interface.

and lastly a laptop: 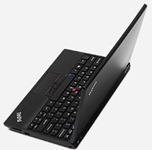