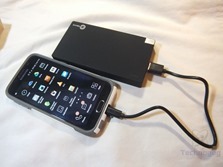 Today I’ve got a quick review for you of another external battery pack from a company called Ombar called the Toucher3 which has an 1100mAh capacity battery inside of it. The name is the Toucher3 and it has a small metal touch sensitive square to activate the battery and check the capacity. The pack is simple, it’s well made and it’s easy to use. Read on to learn more… 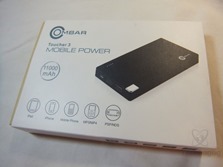 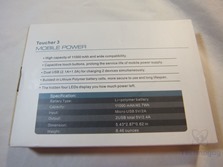 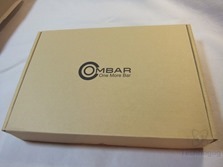 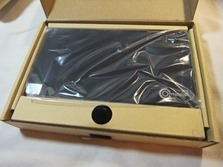 Once you get everything unpacked you’ll find the battery, user guide and microUSB cable. 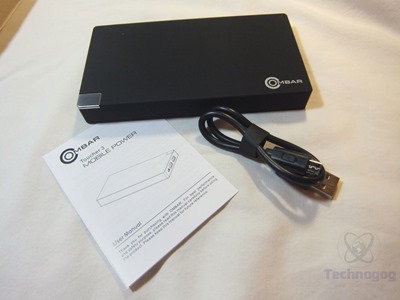 The battery pack is black in color with the Ombar logo in the bottom right corner and then a touch sensitive button in the bottom left corner, in the top left corner is four very faint white LEDs to indicate charge level at 25% each. The pack itself is slightly less than 5.75 inches long, and a little more than 2.75 inches tall and just a bit more than .5 inches thick. 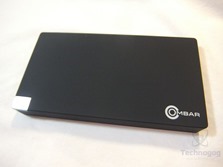 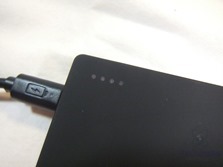 On the edge is where the USB ports are, two standard ones and a micro USB port for charging the battery itself. 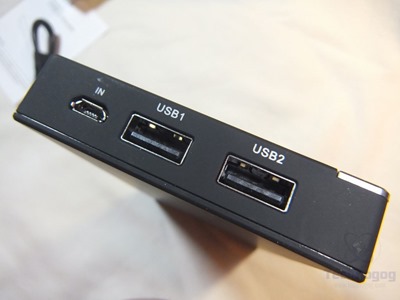 To test it I charged my phone, the Samsung Galaxy S6 and had no problems, it charged fine and seemed to charge faster than over normal USB through my computer. So that’s it, short review, the battery pack works fine, I’ve been using it for about a month now to charge phone and tablets with no issues. I’ve charged it and discharged it several time and it still works and holds capacity.

I don’t see what the point of the touch sensitive button is, it really doesn’t need it, it’s just something to make it more fancy I guess. The LED lights are white in color but you can barely see them, I didn’t even know they were on at first I thought it was just the clear covering on it like LEDs have.

All in all the Toucher3 isn’t bad, it’s well made and it works as it should.

Pros:
+Well made battery pack
+Large capacity
+Easy to use