Poker is no doubt one of the oldest card games available today. Despite this fact, it is still one of the most popular. This is because it is not only a timeless classic, but it is a game that is still evolving. People are not only discovering new things about the game every day, but new online casinos are coming up with different ways for people to enjoy this game. Just look at all the variations available today. You not only have the classic 5 and 7 card studs to choose from, but you have Texas Hold’em along with a variety of other variations. That aside, things are always changing in the gambling world, and here are 5 major things that might occur in the remainder of the year. 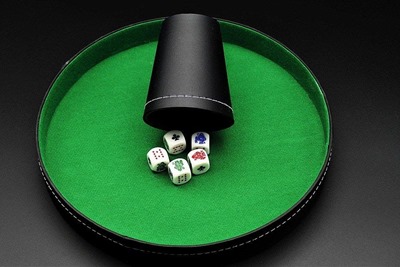 Phil Galfond Could Change The Game

There is simply no denying that there are plenty of high-stakes tournaments available out there today. However, the scene is still, unfortunately, a far cry from what it once was in the day of the six-figure pots. There was a time when six-figure pots were exchanged on the regular. This is certainly no longer the case, but Phil Galfond wants to change the game again. He wants to be a spectacle, unlike anything the world has seen since Tom Dwan. That being said, Phil looks to take a different approach than Dwan. Instead of luring challengers in for high-stakes games, Phil wants to bring attention to his training course and online casino. He already has a framework along with several interesting strategies in play. He could do new and exciting things for the game.

Any player, regardless of his or her experience and knowledge, has their eyes on two tournaments every year. This would be the World Series of Poker Main Event and the PokerStars Players No-Limit Hold’em Championship. It seems that in previous years the PSPC tournament has always outshined the WSOP. However, some of the shine faded in 2019 when anti-poker legislation hit the market. It looks like the WSOP could capitalize on this and set an attendance record this year.

A No-Name Wins The WSOP Player Of The Year

If you have been following poker, you already know that in 2019 it was Robert Campbell that has won the WSOP player of the year award, but it certainly didn’t come without controversy. The league actually announced that Daniel Negreanu as the winner. This was in part due to some unlimited reentry complications. The whole thing turned into a major fiasco and resulted in several different players blasting off multiple entries at the same time in hopes of scoring points. The whole reason for the player of the year award is to crown the best player, not the player that can leverage the system the best. Regardless of the situation, both Daniel and Robert were in the list of top 50 players. It will probably be for this reason that someone outside the list brings home the trophy this year.

While the industry might not be what it once was in terms of six-figure pots, there are still plenty of high rollers out there. In fact, some of these high rollers have grown bigger and more numerous than ever before. This lead to the London tournament that hosted one of the biggest buy-ins in recent history. That aside, Phil Ivey is one of those individuals that has been growing bigger and bigger. As the old saying goes, what goes up must come down, and 2020 could be that year where we come down thanks to inflation.

← Could New Casinos Actually Harm the Public?
How Tech Is Changing Gambling Habits Of Each Generation →