Lately, the gaming industry has been overloaded with various simulators. Music games, dance games, cooking games, even dog training games; the titles keep coming and sales figures show little sign of a poor economy. Despite being little like the real thing, people have always loved simulators and games that allowed them to artificially do things that could be done in real life, dating back to the early days of the NES Power Pad, and Will Wright’s first Sim City release. With many of the current sim markets reaching saturation (or blatantly drowning, Guitar Hero), one genre in particular has seen a massive increase over the past few years: exercise games. 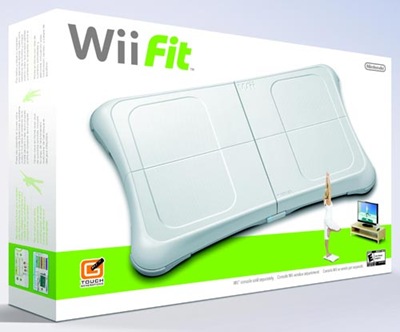 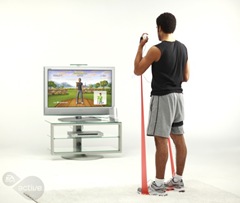 I am a person that does not work out, at least not in the traditional sense. Like most people, I find all forms of exercise to be hideously boring. Fitness will always lose in a battle versus video games, writing, or reading a book. The extent of my exercise comes from walking the dogs. Fortunately for game companies, I’m the norm, and a very small percentage of people actually enjoy lifting weights and doing crunches.

Here’s where we cue interactivity. Simply put, something that takes your mind off of the monotony of exercise makes it more tolerable. It even has the potential to be, dare I say, fun.

These days, there are all sorts of companies making products to bring technological interactivity to exercise. Simple DVD-based products such as those offered by companies like Global Ride and Spinervals allow you to play a first-person perspective video on your TV as you ride an indoor bicycle, giving you the illusion you are pedaling down a beautiful road instead of sitting in your basement. The Expresso fitness bike is a several thousand dollar exercise bike with an LCD and a game-like program that interacts directly with your actions. The Nike+ sensor and corresponding shoes let people completely analyze their daily runs. Naturally, video games have been revisiting the field and trying their hands at combining modern technology with physical conditioning. This time, it is working.

The Nintendo Wii was the first video game console to truly create products that could conquer the concept of building entertaining fitness-based games. Sure there was the Joyboard and Prop Cycle back in the 1990s. Sure there was Dance Aerobics on the NES. The fact is, the technology wasn’t good enough back then to make exercise gaming a feasible reality. People eventually learned to get in shape, at least aerobically, using Dance Dance Revolution, but that was more a pseudo-karate flailing of the legs more than dance, and certainly didn’t aim to provide a balanced, toning, structured exercise procedure for those looking to get fit. Certainly you could build stamina and maybe shed a few pounds, but that’s not a comprehensive workout. It took the power of the modern console and some pretty clever peripherals to make exergaming a reality.

With the early Wii Sports release, followed by Wii Fit, the public’s interest in exergames was renewed again with the promise of actually being able to play the game and get real results. That’s how it was advertised, and that’s how it was demonstrated. Wii Fit spit out a huge marketing campaign, setting up demos in malls across the country, advertising wildly on the Internet and television, telling everyone who was fortunate enough to get their hands on a Wii console that a game was here to turn their flabby excuses for bodies into Jane Fonda’s 1983 buns of steel.

Add to that the millions of dollars made off the past few Jillian Michaels (scariest woman on the planet) games, Gold’s Gym games, and the popularity of other Wii-Fit-ish titles like EA Sports Active and now Wii Fit Plus, and consumers have a multitude of options for getting in shape without hating the process. 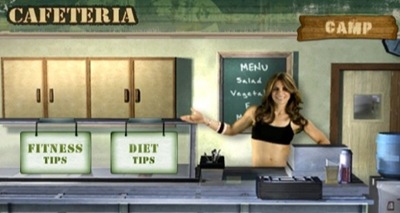 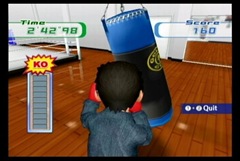 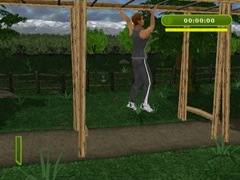 Games like Wii Fit were met with skepticism at first, which was a good thing for the industry. A history of mediocre training products ensured people wouldn’t blindly assume new games would have them crushing skulls like Dolph Lundgren in two weeks flat. The games needed valid evidence.

So do these products work, or are they a trend? Can you actually see results, or is it like trying to teach yourself guitar by playing Rock Band? How are expectations met, and what unforeseen realities emerge? Is it a viable resource to integrate into a larger fitness plan, or is it merely a gimmick that gets shoved under the couch after two months for your toy poodle to use as a bed? Does exercise gaming only fool people, or is it a godsend offering a genuine way to exercise tolerably? 18 million copies of Wii Fit have been sold to date. What is the consumer response? Ultimately, are Wii Fit yet? 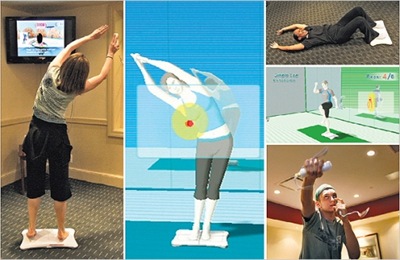 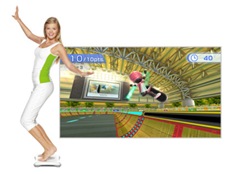 Ask people who use exercise games for their opinion, and you’ll likely hear one of two things:

Those that put the game in a corner often have multiple reasons for doing so. They don’t have the time to play, they don’t really have the determination to exercise, or they thought fitness would just occur because they bought the game.

Those that do play regularly have a variety of often positive opinions. Most will agree that if you truly want to get in shape, Wii Fit isn’t going to give you the workout you need, but that it’s a step in the right direction. You’re not lifting weights, you’re not running miles, you’re not swimming laps, and the energy used isn’t going to compare to actual sports. What it does do is provide some form of workout to people who otherwise might not do anything. It’s better than nothing, basically, and it gives people enough of a regimen that they won’t turn into a blob and go into cardiac arrest at age 32. That consensus seems to be accepted by and large.

As stated in a recent Kotaku article on exercise gaming, an osteopathic physician named Geraldine O’Shea said “…any activity is better than no activity,” and “what might appear as nothing more than another entertaining game was revealed as a tool for not just activity but directed physical therapy.” As such, games like Wii Fit have been used as therapy tools by physicians, are present in some public weight rooms, and have made their way into school physical education programs. They seem to provide a sufficient amount of fitness training to satisfy the body’s basic exercise requirements.

In Texas, therapy professionals can attend courses about using Wii Fit in the clinic, guided by Sandy Garver, PT, MPT. An IGN interview with Esquire Magazine’s fitness columnist James Mitchell quoted him as saying “Wii Fit can potentially make fitness feel more accessible to people who don’t think it is – a gym is a very intimidating place for a lot of people.” It seems many professionals feel there is genuine promise in exergaming.

After asking some random users via message boards and Twitter about their Wii Fit results, I received a lot of encouraging opinions on the product. The majority of the responses could be summed up by the following statement from Sarah from Phoenix, when she said “I was using it regularly and I did see results. The game shows your balance, and I saw mine improve. It also weighs you and gives you little tests so you can see where you are improving.”

The reality, despite all the above positivity, is that a base amount of exercise isn’t truly going to get you “fit.” With that being the case, it raises the question as to whether or not people take exergaming one step further. By that, I mean do they pair their Wii Fit routine with proper dietary monitoring, do they use it as the first bit of a larger overall training schedule, or has it inspired them to exercise outside the game? For the super fit, it could be a good warm-up if nothing else.

If you ask Sarah, she’ll tell you “it was fun, but now I go to the real gym.” Inspiration to keep in shape has come from Wii Fit, which may be the game’s truest complement. 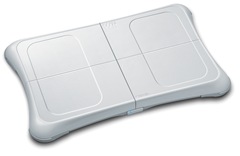 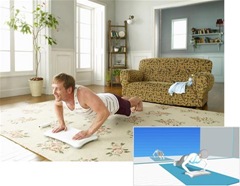 Today’s technology clearly has a place in fitness, and companies are doing their best to combine the two. While exercise games aren’t going to turn anyone into Lance Armstrong, they give otherwise sedentary people motivation to get up and move a little. Some will leave it at that, and others will be inspired to take it to the next level. Products like the Wii Fit and EA Sports Active are the first grounded step in a forward direction for video game fitness. As long as developers continue to produce new ideas, new training methods, and new peripherals without falling back on releasing the same titles over and over, the market can avoid being flooded and the efficiency of exergaming can continue on a forward path. The products can move past being a trend and expand their comprehensiveness.

In a country known for its obesity and health problems, anything that gets people motivated to move should be seen as a good thing. Wii can get Fit.