The world of video games has changed drastically over the years. From the sheer selection of titles on offer to the quality of the games being produced by developers, we are definitely living in something of a golden age of gaming. During the early days of video games, players had to settle for basic images of fruit or pots of gold – which was still a dramatic improvement on the two moving pieces that batted the digital ball across the screen in classic games such as Pong.

Pong is widely regarded as one of the earliest and most important video games. The two-dimensional game was based on table tennis, becoming a hit with the mainstream and putting Atari on the map. We’ve come a long way from 1972, though, and with the likes of PlayStation and Xbox continuing to push the gaming boundaries, the look and design of a game and its packaging is crucial for a particular title to stand out in such a packed market.

The evolution of graphics and artwork hasn’t stopped with video games. Even when it comes to online betting, both casinos and bingo sites are putting more effort into ensuring their product looks as good as it plays. It doesn’t matter if you’re racing around a vast virtual world or playing a simple game of bingo, players now want to be able to enjoy a near-perfect visual experience. It’s a similar story with video slots, which now feature graphics and artwork as good as some video games, including adaptations of some of entertainment’s most iconic franchises, such as Sun Bingo’s Bally Technologies-developed title Titanic.

Rather than merely games, developers are now viewing their work as pieces of playable art. There are certainly some stunning examples that have been released this year where that is evident. Here are a couple of the most popular:

The Legend of Zelda: Breath of the Wild

With one of the biggest and most intricately detailed landscapes ever seen in an open world game, the latest, and potentially best, in the Legend of Zelda series is the perfect example of how far game graphics and artwork have come. Breath of the Wild is a fantastically playable game, played across a grand landscape which you discover by undertaking tasks in the four corners of the map. From the various outfits you can choose from to the beautiful world you work your way around, this is one of the most eye-catching games in recent memory. Without losing touch with what made Zelda such a hit, the improvements in graphics and scale from the likes of Skyward Sword has made Breath of the Wild such a massive hit. 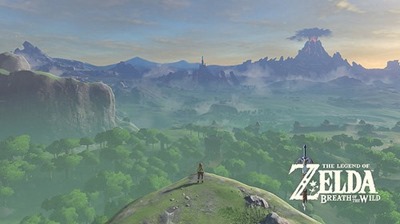 “The Legend of Zelda – Breath of the Wild” (CC BY 2.0) by brettchalupa

The PS4-exclusive Horizon Zero Dawn is perhaps one of the most visually impressive games, well, ever. Unsurprisingly, the people who created Killzone have hit the mark again in terms of graphics and artwork. As well as some amazing state-of-the-art visuals, Horizon Zero Dawn boasts some of the most outstanding art design seen on a game. Whether you’re swimming under water to avoid one of the various beasts and monsters out to get you or laying traps to defend yourself, the graphics and set pieces work wonderfully to help create a truly stunning game. This immersive and interactive open world contains everything from combat missions to stealth tasks, and does it while looking like no game you’ve ever seen before. 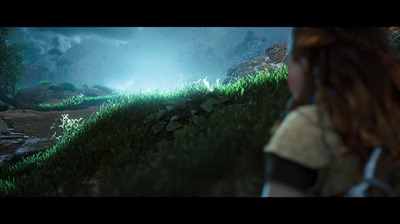 For the makers of Horizon Zero Dawn, Guerrilla Games, they were able to take inspiration from a number of areas in creating this incredible post-apocalyptic game. From the action gameplay of Tomb Raider to the perfect overall look of Uncharted 4: A Thief’s End, to the sheer scale and freedom of The Witcher 3, Horizon Zero Dawn is a game that clearly borrows influence from a range of games. While post-apocalyptic games can feature barren landscapes, in Horizon Zero Dawn, humans have started to rebuild the world, allowing developers to really get creative with the design and look of this new world.

According to Guerrilla Games’ Samrat Sharma, one method the developers used to create the vast world and intimidating monsters and beasts came from watching Planet Earth and other nature documentaries. From looking at how dinosaurs moved to taking things from meerkats and other current day animals, the movements and look of the animals in the game look as good as any game you’ve ever seen. It now remains to be seen whether or not other games developers follow in Guerrilla Games’ footsteps and use similar methods to replicate the real world.