Whether you are a casual user of the computer doing simple tasks or a hardcore gamer that requires the most stunning graphical rendering power, your computer has some form of video hardware inside. There is a huge range of graphics products out there that can cost you little more than the price of a lunch at Chick-Fil-A, to as much as a few months’ rent.

What we’re going to take a look at today, though, is how these graphics cards work. For the computer assembler, it’s as simple as fitting it into the motherboard and connecting the monitor. Sometimes it isn’t even that hard, as most motherboards now come with built-in graphical capabilities. Regardless of its format, there’s a whole lot going on inside the graphics processing unit that makes it work. Good times are ahead, I assure you. 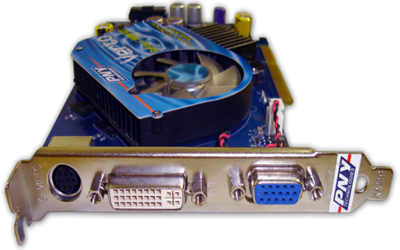 Chances are you’ve heard of pixels. They’re those tiny little dots that form together to make a big picture. You’re looking at them now – and on your cell phone, your digital camera, your TV, and anywhere else you see a digital image. A computer screen’s image is made up of a million or more of these tiny dots, and every single one of them has to be constantly controlled to fashion things the way they’re meant to be seen.

Like everything else in the computer, images start as binary data – 1s and 0s sent from the CPU (the computer’s processor) – and the computer requires the translating power of the graphics card to interpret this binary data and come up with the best way to use the pixels in your screen to create the image for you to see. This process is of course constantly happening and changing, as the images on your screen are always changing.

Even trivial things such as typing a line of text, for example, requires constantly graphical changes. While most of the screen stays the same, the graphics card still refreshes it over and over again. When you type something, the computer has to receive input from your keyboard, process what that key wants to do, tell the graphics card the binary data that represents the letter you typed, and the graphics card has to process the data and put the letter on the screen. It does it all so quickly that, quite frankly, you can’t even mentally comprehend its quickness.

Things like playing computer games require a massive amount more graphics power, as every pixel on the entire screen is changing dozens of times per second with much more intense demand. 3D images created from binary data require a lot more steps to the process. The card has to take the binary data and create what is known as a “wire frame” image, or an image constructed out of straight lines. Imagine a picture made out of coat hangers, and you’ve somewhat got the idea of a wire frame image. After it makes this image, it fills in between the lines (a process called rasterisation), covers it with colors, lighting and texture and creates a 3D figure. Oh, and it does that 60 times per second. Let’s see you do anything 60 times per second. This is why high-end games require more powerful graphics cards, and why lower quality cards don’t run games so well. They simply can’t keep up with the demand and end up processing the images less than 60 times per second, resulting in slow movement on your screen. Nobody wants that.

There are a couple core components that comprise a graphics card and make all of the above possible.

A Circuit Board (PCB)

Just like the main motherboard to which everything inside your computer tower is connected, the graphics card has its own smaller board to which all its components are connected. (That is, of course, assuming you have a separate motherboard from on-board graphics built into your main computer motherboard.) Circuit boards are what help all the parts communicate with each other and transfer electric current. 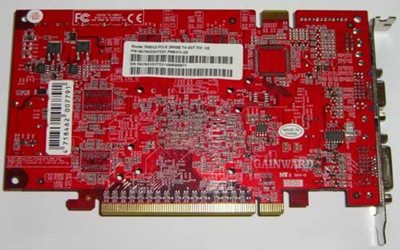 The circuit board has its own processor (GPU or Graphics Processing Unit) and RAM, as well as a settings chip (BIOS). The BIOS chip tells the card how to function when booted up, while the processor guides the operations of the card. The RAM holds created images, information and temporarily stores pertinent information – like info about every pixel, colors and positioning. Graphics RAM can be read to and written to simultaneously, because it’s super awesome.

The GPU’s job is to perform mathematical and geometrical operations to render graphics. It is located under a fan or heatsink of some type to throw heat off the unit, as the complex processing often generates a lot of heat. This heat can damage the card if it is not properly cooled. Many computer towers are designed to target cool the GPU, and special heatsinks can be added to some cards for extra cooling. Super geeks attach a water block heatsink, which cools like a radiator.

A GPU also has unique programming that helps it enhance the graphics it produces. Full scene anti-aliasing, or FSAA, smoothes the edges of 3D objects, and anisotropic filtering, or AF, crisps up the images. In addition to specialized color shading, patterns and other renderings, different graphics cards have different specialties when it comes to enhancing output. Different companies specialize in different things and use their own methods of reaching these ends.

What else is on this board? How about a RAMDAC? Does that do anything for you? It should, because this bad boy is responsible for converting digital images that the graphics card makes into analog signals that can pump out to your monitor. This little guy is what directs the final product through the cable and to the screen before your eyes.

RAMDAC also determines the refresh rate of the output based on the monitor, which helps control flicker and keep the image solid.

Independent graphics cards stick into a PCI, AGP or PCIe port on the main computer motherboard. Big fancy ones even require their own connection to the computer’s power supply. PCIe, or PCI Express, is the fastest and best type of connection – sometimes even supporting the presence of multiple graphics cards.

Graphics cards typically have more than one connection depending on the type of monitor or display unit being used. VGA, or Video Graphics Array, is an older connection style and is usually blue. This connection was used for CRT monitors (the old boxy glass-front ones) that are now becoming extinct. DVI connection is a digital output and is more common among new LCD monitors. There is also often an S-Video input/output connection for peripheral devices, ViVo for cameras, Firewire, TV tuners or USB ports. The newest ones support HDMI output for High-Def video. Occasionally you’ll even find an old one with composite outputs – you know, those yellow and white cables. Usually you don’t use all the options available on your card. Some graphics cards do have dual-head output that allows you to split your output among multiple monitors, which is super fancy and handy for real busy computer geeks. 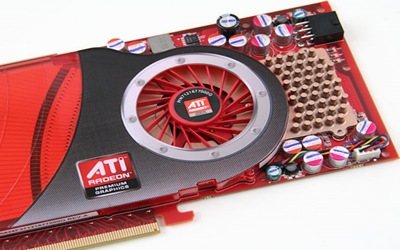 Let’s do a quick sum-up:

There are an amazing number of complexities beyond what we’ve covered here that can exist within graphics cards. But, the processing flow is generally similar between any card model, and you should now understand the basics of what goes on inside that mysterious video card, and how it develops the images you see on your screen.