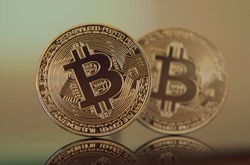 What’s an ICO? An ICO (Initial Coin Offering) can be simplified to refer to the process by which a blockchain startup pre-sells a given cryptocurrency token to early supporters and investors who then would use the token value to transact with the platform after it launches.

ICOs have literally taken over crowdfunding to become the new way to raise funds for projects, especially blockchain-related startups. While crowdfunding utilizes funds from a large group of “donors”, Initial Coin Offerings sell tokens to supporters of the project who use crypto coins like Bitcoin or Ether to buy these tokens.

These ICOs have been alternately referred to as “crowdsales” for the mere fact that backers ‘buy’ a token that has a resale value attached to it.

Initial Coin Offerings have gained momentum so much so that over $5 billion has been poured into funding startup projects around the world. And this is just a spec compared to the over $2.5 trillion cryptocurrency market.

These astronomical figures have had the SEC looking up and stating that ICOs need to be regulated. Even a total ban on ICOs by China didn’t completely dampen the industry, with 2018 seeing yet more Coin Offerings lined up. The figures continue to rise with robust social media campaigns driving interest even further. In addition, mainstream financial managers have also thrown their weight behind ICO projects.

For instance, James Koutoulas, CEO of Florida-based hedge fund Typhon Capital Management has indicated that they would be launching a fund to support cryptocurrency ICOs in 2018 (they expect to have about $20 million for these projects).

Are ICOs the new era of Crowdfunding?

It is easy to see why it is hard to argue against that proposition. Since the launch of Mastercoin as the first ICO in 2013, the cryptocurrency ecosystem has witnessed over 1300 more ICOs in the succeeding four-year period. This is phenomenal and it would be myopic to ignore the fact that more and more blockchain projects are being mooted or launched every other day. And the preferred method to raise funds! Initial coin offerings and lately, ITOs (Initial Token Offerings) are catching on.

While it is true that Bitcoin has had a major hand in popularizing ICOs, the actual honor should go to Ethereum, whose Turing-complete and “Smart Contracts” platform is the launch pad for most of the startups.

There are various opinions about what actually makes Initial Coin Offerings popular. Those unsure of the direction of cryptocurrency and its decentralized, unregulated and disruptive features, say the bubble will soon burst. However, this hasn’t swayed crypto-nerds like me who believe cryptocurrency is here to stay and that ICOs are the way to go for a truly serious project. Here are the reasons I think make ICOs the new era of Crowdfunding.

One sure reason stems from the tremendously huge ROI that an investor is likely to get from the sale of coin tokens. The opinion is that this makes ICOs super cool investment vehicles, fueling hype around the projects. If you happen to back a legit project by a serious team of developers, then you are likely to reap benefits in a rising coin value. The hype, some point out, referring to the aggressive social media campaigns that accompany announcements of a given ICO. In some cases, even superstar celebrities (Paris Hilton and Floyd Mayweather Jr, for example) have been known to drum up support for given ICO projects. Leading investment gurus all agree that a good ICO can guarantee an investor long-term financial benefits.

Yet, we cannot put it all down to hype and ROI. There are other fundamentally plausible reasons why Initial Coin Offerings seem to be the way to go when sourcing funds for a cryptocurrency project.

Here are some of the other reasons.

These projects appeal not only to tech-savvy developers but also reins in cash-rich company moguls who want to venture into cryptocurrency. Although many of the ICOs are by computer and engineering experts keen to create the next Bitcoin, don’t be surprised to see business moguls rally behind a startup that seems to have a brilliant blockchain project.

Another aspect of the blockchain that makes ICOs appealing is their tokenized offers. The public is intrigued with how tokens like Ether or Zcash have turned investors into millionaires. And so many more get in hoping for similar success, ensuring that ICOs won’t lack in backers.

While an ICO’s chief target is to raise funds for the purpose of funding a given project, this is hardly the only driving factor. There are so many projects being developed on the blockchain platform that seek to make service delivery and information transfer key benefits for the community.

We have projects with visionary whitepapers, dedicated professionals; the only thing they need is an injection of funds to realize the value to the benefit of humanity. Look at IOTA’s Internet of Things or Ardor’s Child Chains or Sphere’s Social network ICO. If they go on to be big, then the world benefits from the respective ICO projects. The token holders form a community and thus apart from backing the project, they are putting their money into a potentially impactful idea.

From the aforementioned, it is reasonable to say that we will continue to see a lot more initial coin offerings. However, there is need to throw in a caution here: not all ICO projects end up seeing the light of day. If you are looking to put your money, be it fiat or crypto, it is only wise to do some background checks about the entire project. Here are a few things that you should find out, possibly with the help of a trusted expert.

ICOs are a great way to jumpstart a project and you can easily turn a few dollars into a fortune, but risk, remember is an inherent part of the cryptocurrency world. Thank you for checking out this article, make sure to visit our website for more content.