When Apple released iOS 4 for the iPhone, it matured the device into a multi-tasking tool handy for a lot of different applications. While there is a lot to be said for the elegant simplicity of running one app at a time, such an approach is not always the best route in today’s multifaceted lifestyle. So suddenly I had an iPhone that could do many things at once. And I found myself taking advantage of it.

Now, for the record, the iPhone could already multi-task, albeit in a limited fashion. After all, iOS is a multi-tasking operating system with self-imposed limitations. You could already listen to music, browse or take notes. There are others as well, but one thing you could not do is run multiple apps at the same time. But with the update you could, and as long as the functions made sense they would continue to churn away in the background. 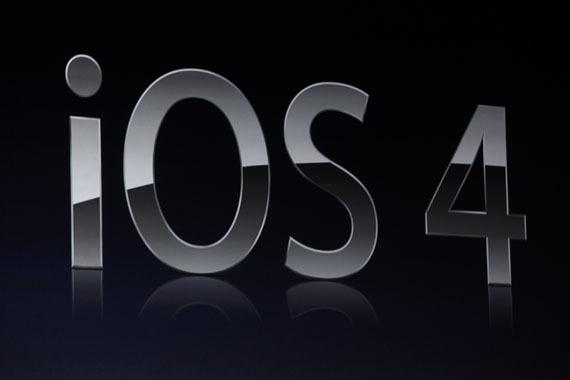 This change to the OS soon made an impact to my habits, and before I knew it I was doing things differently than I was before on my iPhone. In fact, the changes soon trickled into other aspects of my life, and my habits changed. But exactly how did iOS change my iPhone habits? Let’s take a look and see.

What I Am Listening to Now

First, let me say that I love smart phones. Before the iPhone came onto the market I had carried a Windows Mobile device for years, and through several incarnations. Tired of playing the “stylus quickdraw” game, the finger friendly interface of the iPhone found an immediate fan with me. And now the iPhone is not the only game in town, thanks to the proliferation of Android devices. The competition is bound to be only good for the consumer.

But back to the topic at hand. Over the years I have become accustomed to listening to music on a smart device while I used it, and the iPhone was no exception. I always kept it loaded with the latest and greatest tunes, and more than a few albums lived only on the device. But now I have forgone the canned music for streaming choices as I work.

Whether it be my favorite channel on Pandora or listening to Dave Ramsey on WunderRadio, about the only time I listen to stored music anymore is when I am out of range for streaming. And even then, I often have Naturespace providing a nice ambiance while I surf or catch up on emails. With the extended use of other sound apps in my iPhone, I have found myself just not buying as many albums. So, I am now staying more informed while saving money. Not a bad change in habits at all.

I’ve got to let you in on a badly kept secret – I love a GPS. Back in the old days I used to carry around a Garmin unit, pleased with the abilities it gave me. Nowadays I usually run a GPS logger on the iPhone, just because I can. Usually you will find my smartphone with MotionX GPS happily sucking down juice in the background as it records my track, especially if it is a new place or route. At some point I upload these to my Macbook Pro, giving me a record of the trip. If I need to go back – or improve my routing as the case usually is – I can throw the track on a map and refine or remember as needed.

And the cool thing is that I don’t need to restart my GPS app every time the phone rings or I need to check email. It just sits in the background, watching me watch the road as I travel – something that was just too much hassle when it couldn’t run in the background.

I use Skype, and I use it a lot. But previously on the iPhone the app was inconvenient at best. The app worked fine as long as it was loaded, but too many times that was just not the case. I would check my emails at a frenzied pace just to see if someone was wanting to Skype with me – and the lack of Skype push notifications were sorely felt.

But now I just keep the Skype app running in the background, and if they need me they just give me a shout as they normally would. I have quit checking emails as frequently, and those needing me from their computer screen no longer have to send the emails. This one change alone has simplified my communications greatly, and if that is an admission of an over-dependence on Skype then so be it – it just works in our paradigm.

As you can see, moving to iOS 4 on my iPhone has changed my habits on the device, and for the better. I am now better connected, more informed, and I spend less money. What more could you ask for in an update. Although there is a dark side to all of this new found freedom – I find that I have to charge it up in the car more than I used to do. Oh well, you can’t win them all…

3 comments for “How iOS 4 Has Changed My iPhone Habits”