When Apple introduced the iPhone and its related App Store, they created a huge new market for developers to create and sell on.  Since that time, many thousands of developers, both individuals and companies, have seen a lot of apps downloaded for a profit.

Now that Apple is about to release their latest wunderkind, the iPad, the question bears asking – will it too have the developer support for applications, and will it be rewarding to the developers that do support it? 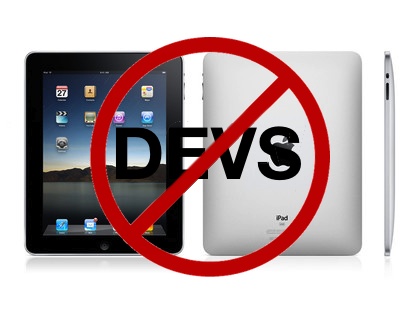 A Horse of the Same Color

By initial comparison to the iPhone, it would seem that the iPad is destined to be a follow up success to the iPhone. It can run the same apps,  shares the same AppStore, and it could attract a large and devout existing user base.

In fact, the iPad, which can be loosely described as a large iPhone minus the phone, has the capability of running not only iPhone apps, but also its own higher resolution apps that can bring more detail on the larger screen at one time. It would seem to be a natural fit with the iPhone’s army of developers and the App Store.

But on closer inspection, the idea that everyone needs an iPad as much as they need a cell phone falls to the wayside. You would not use an iPad as a primary means of communication. Nor would you find it very convenient – it won’t fit in your pocket with screen pointed against the leg for safety. Ladies, it won’t even fit in your purse, unless you carry a very large one. There is no handle on the iPad, and it simply will not travel well as compared to the iPhone.

But of course Apple is not blind to this difference, so they are targeting a different niche of users. Instead of trying to appeal to the typical smart phone customer, they are looking at the book and magazine reader. In fact, Apple is currently lining up many publishers to get their wares on the iPad in time for launch or shortly thereafter. And they are making headway into the publishing industry.

The iPad can represent a rich multimedia experience that brings printed media screaming into the hands of anxious readers. By combining production quality intros with magazines we have the makings of a new standard in the multimedia printed word. A recent iPad demo created by Viv Mag shows exactly where this could lead, and truth be told it is exciting:

Back to the Developers

Okay, so that new media sounds great, but remember the developers we were talking about at the beginning of this article? How does this new rich media experience and niche targeting help them?

Well, the short answer is, it doesn’t. The iPad, as it is being marketed, has a rather specific use in mind in order to serve said niche. According to an article on CNET releasing comScore numbers, iPad savvy consumers broke up their intended uses this way:

Note that nowhere on the major list is playing games mentioned. In fact, 36% even stated that they are unlikely to download apps for their iPad. Now, this poll was taken early in the game, but from the marketing I have seen I agree with the findings. If the multimedia magazine takes root on the device (and I can see it having a good chance), then I would expect the reading segment to grow in size quickly. In fact, it represents a new outlet for struggling publishers.

iPad Users Are Not Gamers

While the iPad users are happily reading their books and watching their videos, it would seem that they are not exactly the gaming type. This is unfortunate, since that genre accounts for a lot of the App Store sales. In fact, the CNET article states it this way:

That is roughly 44 percent of the percentage that will buy an iPad in the first place, which is itself a subset of the iPhone users. Put another way – around half of the iPad users won’t be buying games.

Where Does That Leave Game Developers?

Okay, so, if we had to summarize all of this into a nice neat one liner, it might go like this –

The only trip to the App Store the majority of iPad owners may be making is to pick up the iBooks App.

On the way, they may grab the newly released Kindle application, and maybe even a slingplay app or other video titles.

But the gaming sales on the iPad look to be weak, and that may indeed lead more than a few game developers shooting for iPad sales to find it a bust. Subject to change based on media exposure, of course.