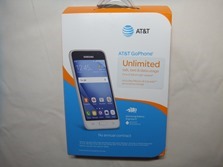 The smartphone market is in a state of constant flux. Manufacturers keep releasing handsets, outfitting them with a variety of spectacular or “meh” features that are supposed to make them desirable for the buyer. Traditionally, every brand’s flagship model should be the most sought-after, since it has the most spectacular features, the biggest innovations, and the most extensive marketing efforts behind them. The flagship model is not the only one released by manufacturers (except if it’s the only model, like in the case of OnePlus, for example). And people are increasingly opting for more affordable models released by dedicated manufacturers, for a number of reasons.

They are perfectly fine

Last year, the moment came for me to replace my faithful Lumia 620 as it became obsolete (it wasn’t eligible for the Windows 10 update). I had quite a few models to opt for as a replacement, including several Microsoft models, yet I decided it was time to move on from Windows Phone and go with a more mainstream operating system instead. Since I am an open-source fan, Android was the obvious choice. This didn’t narrow the options too much, though. With Android being the most used mobile operating system worldwide, I had to choose from tens of brands and hundreds of models. Finally, I chose a Samsung phone – the entry-level Galaxy J3 (2016). You might cringe a bit right now, yet I stand by my decision even today, after three months of using the handset.

Entry-level smartphones today are perfectly fine. They might not have the fastest SoC under their hood, yet they are fast enough to allow me relax at Royal Vegas with popular casual casino games, read the news, check my emails, and do whatever I do on the go. And it will do the same for nearly all smartphone users – while smartphone games are insanely popular today, they are not the most important for most users. Besides, most games – like the ones you’ll find at the Royal Vegas – don’t even need the hardware of a flagship phone – they’ll run perfectly on a more affordable model. Some Royal Vegas games will run even better on my new smartphone than on a desktop PC (believe me, I tried). Yet, as I said, playing at the Royal Vegas and beyond is just one of the things a smartphone has to handle today. And for most other things, the hardware crammed into a flagship phone is nothing short of overkill.

Today, a flagship phone has the specs to match a 2010 iMac. In some aspects – the number of processor cores, and their speed, for example – they even exceed Apple’s insanely successful workstations. A 2010 iMac is still a great desktop workstation, capable of handling most tasks in the office and around the house – it plays high-definition media, it handles a series of games, and it still supports the latest version of Mac OS X. Carrying around a computer with similar processing power and using it to play puzzles and word games – isn’t this a waste of processing power… and money?

Today’s affordable smartphones’ performance is clearly enough for what an average smartphone user needs today – which means that craving for such a model is perfectly OK nowadays.