To repair or to replace? That is the question.

When one of your gadgets gets broken; be it your laptop, smartphone, tablet, camera, or whatever; how do you decide if you should have it repaired or its time to chuck it away?

It can be a difficult decision to make. But several factors should be considered when making that decision. Here are several tips to help you figure out when it is more advisable to repair or replace a gadget. 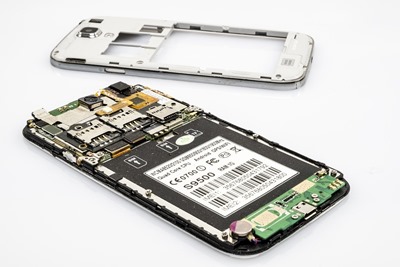 If buying a new one will be an actual upgrade, then go ahead and replace it.

More often than not, we get used to certain gadgets that it would be difficult for us to let them go. We get so used to the gadgets to the point that they sometimes become security blankets. If they get broken and the repair cost is a little pricey, would you have it repaired or would you rather get a new one?

A good move here would be to only buy a new one if it means upgrading. Now, just because something is new doesn’t necessarily mean it’s automatically an upgrade. To upgrade your gadget means getting a new one with better specifications than what you are currently using.

Take a laptop for example. Would you be getting one with better RAM, bigger memory, and a newer processor? For smartphones, would you be buying a new unit with a better camera, a newer operating system, and a faster processor?

If you only have a budget to acquire a gadget with relatively the same specifications as what you are currently using, then it is better to just have it repaired than replaced. It is something you have loved using for a long time after all. If it’s not for a better one, then it is just not worth replacing.

If it spends more time in the repair shop than with you, then it’s time to let go

You can get too attached to a gadget that you will do anything to save it. We get it, your phone has thousands of pictures you can’t let go of. Your contact and everything is there. You don’t want the hassle of having to put everything in another device.

Your laptop is probably storing more files than you can even care to remember or open. You’ve been using it for years and you are totally attached to it. You probably even keep backup files from your phone there.

But if your smartphone has been taking too many trips to the repair shop, then what do you use when it’s there? How are you going to access your photos or contacts when it is also frequently away from your hands?

The same is true for laptops. If you basically have it parked in a repair shop then what will you use for work? How will you see your files?

You may love a certain gadget, but if it already makes you a lot less productive because you barely have it with you and you have nothing to use, then it’s time to let it retire and buy a more reliable unit.

If it is just a problem with storage space, just go for repair

Sometimes it can be tempting to buy a new gadget just because your current one has some minor issues and is almost out of storage space. Even when the minor issue can be fixed, it’s tempting to buy another unit just so you won’t have to go through files to see what can be deleted to save space. It’s easier, of course, to just start brand new than stress yourself out deciding which data to keep or to scrap.

But if buying a new gadget isn’t going to get you a useful upgrade – or if you don’t really need to upgrade at all, then it’s not justifiable to go after a new one just because of minor and repairable issues and storage space.

If it bugs you that your smartphone has an almost full memory, replacing it because of its cracked screen would be kidding yourself. You know you’re just using the cracked screen as an excuse to buy a new one when the issue is easily solvable.

There are many available options to store your files so you won’t run out of space. There are external hard drives with huge storage spaces that can allow you to bring your files even when you are on-the-go. There’s also cloud storage which will let you access your files anywhere as long as you have an internet connection.

If repairing it would cost more than replacing it, then it’s more practical to replace…

If your gadget has a broken part that is difficult to find or is quite pricey just to acquire, then you might find yourself having to pay more to replace the broken part than the whole gadget itself. When you need to pay more than 50% of the total cost of a new gadget to have your current one repaired, then it’s probably best to just get a new one.

You can even possibly get an upgraded gadget at the same price you bought your old one. Plus, your newly-bought gadget will be covered by the warranty so you won’t have to pay for repairs for a while in case it would need one.

Let’s say it would be costly to repair your iPhone, but you simply don’t want to upgrade to a new iPhone without the audio jack. Then go ahead and just have your old one repaired.

If your laptop has a CD-rom which is just so important to you and it gets broken. It’s fine to have it repaired than get a new one without the CD-rom.

Gadgets can hold sentimental values and it is usually hard to let them go. But nothing lasts forever and with technology continuously upgrading, you can’t hold on to old gadgets for too long.

If you need more help deciding, ask for professionals such as BreakFixNow to make a well-informed decision on whether to repair or replace.

← 11 of the Best 3D Scanners You Can Buy in 2020
Live Dealers in Australian Online Casino: Advantages and Disadvantages →