I figured I would follow my Left 4 Dead review with a bit about Resident Evil 5, more zombies yay!

I got the demo off of Xbox Live of course and played for quite a while to get screenshots, videos and impressions of the game as it stands now.  Sure it’s only a demo, but it seems something to get a bit excited about as this is the new Resident Evil game after all. Here’s hoping that Capcom got back to it’s roots with this latest installment of the series. Fans didn’t seem too happy with the last couple versions of the game, hopefully Capcom listened and is bringing us a new game that will fulfill our wants and needs and thirst for undead blood.

The Resident Evil franchise has been wildly successful since it’s first introduction many years ago, fans wait with baited breath for the next installment of the series so they can continue on to learn more about the world of RE. The Resident Evil series has spawned movies and many games, for good reason, it’s a subject that us gamers can really get into, killing zombies, who doesn’t like that right? With likeable characters and almost plausible themes going on, the RE series is one of horror and fascination for many generations of gamers. I remember playing the first RE and jumping out of my seat more than a few times, even though I knew it was coming, you just couldn’t help but get startled by some of the things in the game.

The first thing you’ll notice when you start the demo is the warning that’s given that the game is only a trial and you may run into bugs essentially: 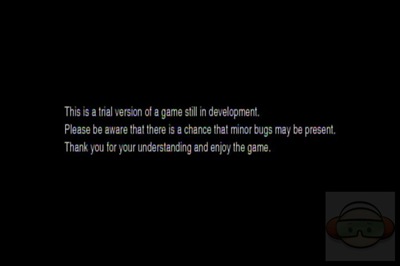 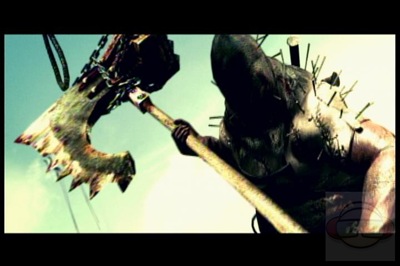 Only to then be spotted after the execution and have the zombies sent to get you, let the fun begin!

Here’s a video starting from the beginning of the game,  main menu and into the Public Assembly mission:

While you’re playing the game you can help your partner and your partner can help you out of tight spots like if you’re being attacked, you have the option to fight or call for help. It works both ways though, your partner can call you for help as well if they’re being attacked. This also works for pickups, when you find something you can keep it for yourself or tell your partner to pick it up for themselves, and at times the MPC player will just grab things greedily as well and not share with you. The NPC character though will help you out as need be by healing you with the things they picked up, so they do share in a way.

As for graphics, they’re very nicely done, RE5 looks very nice even in standard definition on the Xbox360. The Zombies or infected people look very real and gruesome, and again they look very good. The overall atmosphere first reminded me of FarCry2 really, the setting is in Africa after all, and it really feels almost like a FarCry2 with zombies, but of course in third person.

In the demo you’ve got a pistol, shotgun, and sniper rifle as your main weapons, depending which level, with a large knife that can be used for close quarters combat. I did find a few grenades floating around, and medicinal herbs as well to help heal you or your partner. There are things in the area that can be destroyed to find ammo or health, but they’re not really easily identifiable, I didn’t even realize you could do it until Seva did it in front of me and found some stuff.

One of my complaints would have to be the shooting or aiming system, your character moves so slowly that you end up getting hit quite a bit and dying fairly quickly. There is an option to adjust this speed, but even at the fastest setting it’s not really adequate to keep up with the zombies that are attacking you.

The second complaint would have to be part of the whole shooting and aiming system, there isn’t a regular fire as you might find it other games, what I mean is that there is only precision mode to use for shooting, and this is, as I mentioned, very slow. It would be nice if there was a sort of blind fire mode, or even like an auto targeting mode that didn’t require precision mode to fire at the enemies. Most games have the two modes of firing, and I don’t understand why it’s not here, I’m accustomed to this type of gaming, and it can get frustrating very quickly having to slowly take aim for every single shot fired, not to mention the zombies are much faster than you when you are in this precision mode. It was just very easy to get overwhelmed by the zombies while trying to shoot them, they just move too fast, especially when there’s many of them in the room with you.

And the controls overall just feell sluggish really, it’s like there’s a delay from the time I move till the time the character moves on screen.

This is a trial, demo etc, so things might be improved upon before the final release but I doubt it highly that it will change that much. One can only hope….

Overall it seems to be a decent game, but the control system will take much getting accustomed too and I can see being quite annoyed and aggravated during the initial period of play.

I look forward to the full game though, anything with zombies or ‘infected’ is something that I will have to spend some time with…

Here’s a few more screenshots to end this with: