It’s the word on everyone’s lips and with holidaying abroad an unlikely venture, staycations are certainly here to stay! But if you’re an avid player of Bingo at https://bingo.paddypower.com/ or more of a fan of the Slots, you don’t even need to leave your house for an exciting trip around the country. Players can explore Britain and Ireland through the magic of the screen, with these top casino games – giving you the quintessential vibes of a UK staycation. 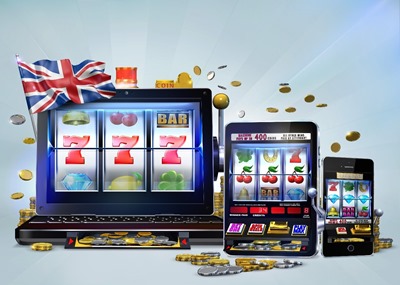 If you have some time between playing Bingo games, why not take a wee trip to bonnie Scotland, with Highland Reels Jackpot. This five-reel slot has all of the excitement of the Highland Games, with 25 pay-lines and impressive prizes up to 3,000 times your wager to be won!

Symbols include a selection of colored kilts, which combine to make Kilt Combos with some lucrative pay-outs. Traditional Highland Game symbols also feature, with a hammer acting as the scatter and triggering a bonus round.

The wild is a glorious trophy that appears on reels two and four, substituting all symbols except the scatter, and doubling the win if it forms part of a pay-line. While landing the caber could see you winning up to 1,000 times your stake. Plus, you’ll find the classic playing card symbols as the lowest-paying icons, etched with a tartan twist.

The Caber Toss Bonus feature is activated by the appearance of three jolly Scotsmen, where you choose a caber and watch it be launched into the air – depending on where it lands, you could see multipliers ranging from 2x to 100x. Land three hammers on the reels and enter the Hammer Throw Round. Here, matching a pair of identical multipliers will award you the amount shown.

So, get ready to enjoy the tartan thrills and sounds of bagpipes, as you play Highland Reels Jackpot.

You can’t get more traditionally English than a slap-up meal of fish and chips. So, if you’re feeling peckish in the interval between Bingo games, why not try Lucky’s Fish and Chips Jackpot. This slot has five reels and four rows, and you can start playing from as little as 0.01 credits.

Let’s head to the British seaside, with the pier, an iconic Ferris wheel and rollercoaster as part of the setting for these reels. The scatters in this game are represented by a basket of scrumptious fried fish, which can trigger up to 25 free games. The friendly shop owner, aptly named Lucky, is the wild – and he will replace all other symbols on the reels, except the scatter. Plus, prizes are tripled when he appears in a winning pay-line.

If that doesn’t get your tastebuds tingling, then how about some golden chips, mushy peas and brown sauce – as these are the rest of the symbols you’ll find on these delightful reels.

Take a trip to the Emerald Isle, with this unique hybrid game of Slingo. Rainbow Riches Slingo brings the best of Slots and Bingo together into one exciting game, against a backdrop of luscious green Irish countryside.

If you want to find out if you have the luck of the leprechaun on your side, you need to spin the slot reel and mark off matching numbers on the five-by-five Slingo grid. One line of matched numbers equals one Slingo. You can win prizes by marking off one Slingo or a full house of numbers.

The more Slingos you win, the further you make your way up the bonus ladder, which could see you activate some interesting features, like the Wishing Well Bonus, Magic Toadstool Bonus and Pots of Gold Bonus. Will you find treasure at the end of the rainbow with this Irish-themed slot?

← Bathroom Scale with App
What is the Best Way to Plan a Route with Multiple Stops? →