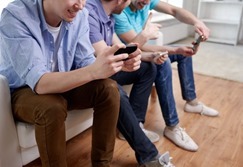 Now that AR games have entered the popular culture, it isn’t uncommon to see people with their eyes trained on their smartphone, even while they walk. However, current advancements in new smartphones, like the iPhone 8 and iPhone X, have paved the way for even more immersive augmented reality games. So what do these new iPhones have that take AR games to the next level? Here’s an in-depth look at how these new iPhones will change the way you play.

While the game Ingress by Niantic has carried a cult following for years, Niantic is more well known for the triumphs of Pokemon Go, which has seen 750 million downloads, and though hype over Pokemon Go has leveled off, Niantic and Nintendo have introduced a number of real-world events, expanded number the number of catchable Pokemon, and more. If Ingress and Pokemon Go weren’t enough, however, Niantic has also announced a Harry Potter augmented reality game, titled Harry Potter: Wizards United. Like both of Niantic’s other AR games, Wizards United will show digital images within the real world through the view of a smartphone or tablet and though a release date hasn’t been set, more information has been promised in 2018.

As it stands, Niantic has a stranglehold on the most popular AR games. Furthermore, the difference between AR and VR are still quite defined. However, with the introduction of Microsoft’s Hololens, the goggle style VR headset is worn and overlays digital images over the real world, which provides a hands-free experience, as you don’t have your nose pressed to your phone.

Up until recently, the savvy to write/code an AR game was extreme. However, with the new iOS 11 for the iPhone 8 Plus and iPhone X, Apple has introduced ARkit, a programmers toolkit that allows even novice coders to navigate the difficulties when writing an AR game. ARkit is available for anyone who uses an iOS device with A9 or A10 processors. The only requirement for a developer to use ARkit is iOS 11, as the operating system, paired with the ARkit tools, utilizes existing mobile technology within these iPhones such as motion-tracking and camera sensors. ARkit apps differ from the technologies used for Pokemon Go in one important, and groundbreaking, way. While Pokemon Go overlays two-dimensional images over real, three-dimensional scenes, ARkit populates your world with three-dimension digital objects. Your iPhone uses sensors and tracks your orientation to the digital object, enabling you to perceive the digital object from 360 degrees.

The future of AR games and technologies are bright, thanks, in part, to the Apple, ARkit, and the newest edition of the iPhone. With ARkit’s accessible nature, more developers than ever will be able to create new games, instances, tools, and more. For instance, the iPhone 8 and X have already utilized face recognition and created Animoji, in which you can record 10-second videos, full with audio, then overlay an animal-like emoji over your audio and facial expressions. The more animated you are the more expressive your Animoji becomes. While this is already available on the newest iPhones, look for the facial capture technology in the future, as it will surely be utilized more often, and in more meaningful ways.