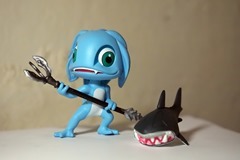 While it is tough to list all champions, you can always find more info about these champions. Remember that each champion has unique abilities and may or may not be the best for your skill level.