Ringing in the ears or tinnitus is an issue that can develop a post-head injury or be a result of one of a number of underlying issues. It’s not in and of itself an ailment per se, but more so a symptom of a root cause. In saying that, the treatment for these symptoms following a concussion or a head injury will be based on the primary diagnosis and resolving that issue. Read the relationship between concussions and hearing here. When you experience sound in your ears in a silent atmosphere, that’s how tinnitus reacts. Research suggests over 50 percent of people suffering from TBI or “traumatic brain injury” have simultaneous ringing in the ears.

The symptoms can occur on an intermittent basis or can be continuous in each ear or merely one with ranging intensity. Some express the perception of sound coming from the ear itself, while others feel as though the noise is entering from the exterior environment. The commonality for many is that they hear a ringing of a high pitch. More unusual noises include:

In rare cases, people will sense music in their ears. Aside from the sounds, there is often a sense of pain and pressure around or inside the ears. 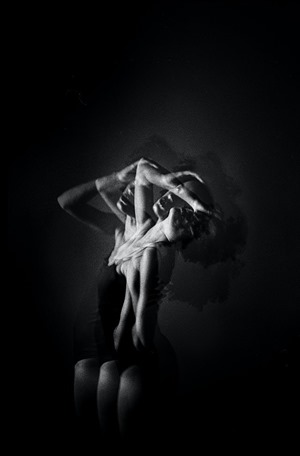 Ringing in the ears can accompany a head trauma or concussion due to numerous circumstances. Some of the typical reasons for the occurrence in these situations include:

When these small bones become misaligned following a traumatic injury, there is the potential for tinnitus due to possible “conductive” loss of hearing—damage of this sort involving bones or a structure references as “somatic” tinnitus. TMJ or “Temporomandibular Joint” damage is another variation of somatic tinnitus.

Located directly towards the face of the ears, where the skull and lowest portion of the jaw connect, is the TMJ. It attaches to the middle ear via nerves and ligaments. That means a head injury resulting in damage to the jaw’s cartilage or its muscles can potentially cause the development of ringing in the ears along with varied other discomforts.

A “Labyrinthine” concussion happens if there is damage to a person’s inner ear. This particular injury doesn’t involve fractured bones, which can be typical with the symptom of ringing ears.

With this injury, however, superior force is responsible for extreme cochlea damage, often leading to loss of hearing and the accompanying sensation of ringing. Find out the correlation between head traumas associated with hearing and related symptoms at https://www.linkedin.com/pulse/recognizing-evaluating-head-injury-associated-hearing-peter/ In some cases, an injury can result in additional disorders like “Meniere’s Syndrome,” described as an accumulation of pressure for the inner ear. Because of this, the ear’s fluid tends to shift frequently, throwing off balance, creating a hearing issue, and leading to symptoms of tinnitus.

The indication is there is no cure for this disorder at this point, but steroids plus specific types of medications can help to alleviate the symptoms, including the sounds produced in the ear(s.)

Treatments For The Cause

To correct ringing in the ear(s), the doctor needs to diagnose and treat the underlying cause. For instance, providing medication and steroids for Meniere’s Syndrome is a way to address the disorder, which could potentially help with the resultant symptoms.

The disorder itself has no understood cure currently. There are specific drugs to help with the symptoms. With the right plan of care and symptoms managed, you could possibly find relief from tinnitus.

When The Symptom Is Permanent

In some cases, the sound you hear becomes permanent with no solutions for eliminating, but there are ways to learn to cope. One of those references as “masking.”

With this technique, a piece of equipment reminiscent of a hearing aid or you can choose a headset if you prefer; either will work. With these, you decide to listen to custom sounds that help disguise the noises coming from the symptoms.

You can do masking in other ways also, whether you choose nature sounds, music, white noise using a fan, any option you feel might work for different situations like blocking out ambient noises. These can have a similar effect with the ring or other annoying sounds you hear.

The methods are specific for brain retraining. It helps block out repetitive or unnerving noise. After a certain period, the person has developed the ability to block these without the need for masking. It isn’t something that works for everyone, with some patients needing to mask indefinitely. Following a head trauma like perhaps a concussion, it is very likely that a person will develop tinnitus, resulting in consistent ringing or other annoying type sounds in the ears. It can prove challenging to proceed without disruption in your everyday lifestyle without being disturbed by these noises.

As mentioned in the varied examples, it occurs for many reasons with several causes, but it can sometimes be resolved if the underlying issue is treated. The indication is there is no known specific cure for the symptom, but there are ways to cope. One of those discussed was using other, more pleasant sounds to distract you from the more obnoxious ones.

That’s kind of like switching the bad for the better. As a rule, it’s supposed to train your brain to ultimately be able to block out unwanted sounds altogether without the need for masking. It’s not always beneficial, but worth trying to at least block out the frustrating annoyance.

Other methods include meditation, acupuncture, and exercise. These mean more to help relieve the stress and anxiety that can accompany the symptoms. Participating in these activities can often result in milder ringing, maybe not eliminate it, but make it somewhat more subtle or at least tolerable.

Ideally, reach out to an audiologist like those with Audien, who will recommend a course of action for your specific set of circumstances. These professionals look at the root cause to find your solution.

← The Benefits of Playing Sport
How to Raise Funds for Your Online Casino Startup in Poland? →