It’s Monday, and we’re back with the list of new products that we’ve added to the main site. So without further ado, just read on…

let’s start off with a pair of headphones: 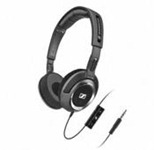 Designed exclusively for use with Apple’s iPhone, iPod and iPad products! In addition to timeless design and classic style, the HD 238i headphones offer a high-quality, life-like, stereo sound experience courtesy of Sennheiser’s advanced Open-Aire acoustic system. A convenient volume adjuster/3 button control with mic let you manage calls and playlists at the touch of a button. You will not believe that such a wide, expansive sound-stage can come out of such a compact headphone. After hearing one, you too will be a believer in true sound.

Staying on the sound subject, let’s see the iPod speakers and other speakers: 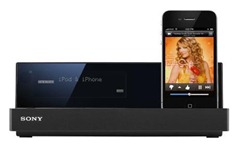 The Sony HomeShare NAS-SV10i is part of the company’s wireless HomeShare audio system that allow users to listen to music from their Digital Living Network Alliance (DLNA®) certified PC and Sony Blu-ray Disc™ devices throughout the home over Wi-Fi® (802.11b/g). The unit, when paired with speakers and wireless adapter connects to an existing Wi-Fi home network with broadband Internet connection and streams music from a PC or from integrated BRAVIA Internet music services such as Slacker Internet Radio and vTuner.

The Sony SA-NS400 is part of the company’s wireless HomeShare audio system that allow users to listen to music from their Digital Living Network Alliance (DLNA®) certified PC and Sony Blu-ray Disc™ devices throughout the home over Wi-Fi® (802.11b/g). The unit, when paired with wireless dock, connects to an existing Wi-Fi home network with broadband Internet connection and streams music from a PC or from integrated BRAVIA Internet music services such as Slacker Internet Radio and vTuner.

Then how about a few digital cameras: 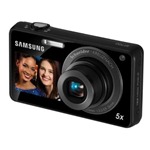 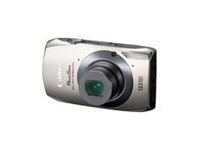 The Canon PowerShot ELPH 500 HS is a digital camera equipped with Canon’s HS SYSTEM that supports shooting in low-light, Full 1080p HD video, and comes with a new Movie Digest Mode and 32 Smart AUTO scenes. The camera is part of the company’s PowerShot line that includes the "HS" suffix to represent the inclusion of the HS SYSTEM. The HS SYSTEM is a technology used to optimize image quality in low-light situations without the need for a flash. The digital camera also features Canon’s DIGIC 4 Image Processor which when combined with a High-Sensitivity CMOS sensor, reduces noise at high ISO levels and expands the camera’s range.

Next up would be a cell phone: 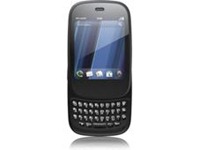 Then a TV from Sony:

The Sony Bravia KDL-46HX729 is a 3D LED TV that was unveiled at the CES 2011 event in Las Vegas. It forms part of Sony Bravia’s latest LED TVs in the market. This model also forms part of the HX Series of Bravia Engine powered LED TVs that are capable of 3D technology. It features Motionflow the same as featured on the Sony Bravia HX820 series of LED TVs. This LED TV is for those who enjoy watching 3D and high definition movies. This Sony LED TV can be used with the Sony Home theater. Releasing in the 2nd quarter of 2011, this LED TV is equipped with two-way RS-232 control for PC connectivity. This high-end 3D LED TV features a monolithic design that is able to draw attention when it is on and blends into the room’s decor when it is off. Available with integrated Wi-Fi (802.11n), this TV features the BRAVIA Internet Video platform. It also features Qriocity. This model is a Skype-ready television on which chatting can be done in 720p. It can operate at full HD (1080p). It is available with a remote control. 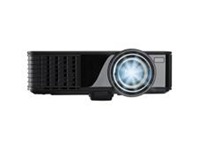 And finally a video card: 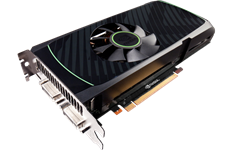