So what’s wrong with the Xbox One? Too many things at this point it seems. In the past day or so we’ve learned a lot about the Xbox One and then we really didn’t learn that much did we? It seems like we did, but watching that broadcast it seemed all smoke and mirrors to me with Microsoft leaving out a lot of things that I think most gamers are concerned with. Many issues were not addressed and when Microsoft was asked about them they provided vague answers that really weren’t answers at all. From what I saw most of their answers were basically no comment on a lot of things that are important to their customers.  We’ve had a lot of media attention in the preceding months, a  lot of speculation and a lot of people just talking about the next Xbox. People have made it clear what they wanted and didn’t want and what they expected from the next Xbox and it seems to me Microsoft just ignored  everything that was said everywhere. 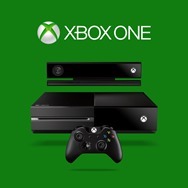 I don’t get it, why would Microsoft just ignore the comments and concerns of their customers?  From everything I’ve read, the Xbox One just seems like a huge money grab by Microsoft. Don’t get me wrong, I don’t hate Microsoft, I’m a Windows guy, I’m a PC gamer, I’ have an Xbox 360 and I even have a Windows Phone. Well ok I don’t use my Windows Phone anymore but I had tow of them before going back to Android, but that’s another story.

The name Xbox One

-What the hell kind of name is “Xbox One” ? I thought the original Xbox was the Xbox one, but apparently me and everyone else is wrong on that. The name is confusing, why not call it Xbox 720, or maybe even Xbox 3. That would make sense though, and why would why want that?!

Always on internet connection (sort of….)

–What about our serviceman all over the world who don’t have internet access? I know gaming is a big past time for the armed forces and it seems Microsoft just told them they don’t need them as customers anymore.

Kinect always on, must be used, always watching

-This one is just too creepy for me. I have a Kinect that I rarely use, I just never really cared for it honestly. Sure it was great for games, but it never worked right for actually controlling the Xbox 360, at least for me it didn’t. I’m sorry I know we live in a society with CCTV cameras everywhere and all that but that doesn’t mean I want one in my living room, and that sure doesn’t mean I want Microsoft spying on me. It should be a choice to use the Kinect as it is now, but from what I’ve seen the Kinect will be a necessity with the Xbox One.  I don’t know about you but I don’t want to have to get dressed up and ‘look pretty’ just to play a game.  I don’t do it but I’m sure people do play games in their boxers or even less, but now that won’t happen will it? I guess it could but I don’t want to think about that. I mean what if I want to wake up and play games? I don’t know about you but I don’t want a camera pointed at me first thing in the morning, but I might want to play a game and I don’t want to have to get all dressed up and look decent to play a game?!  Another part of that is privacy issues? What if I have my Xbox One in my bedroom, I don’t, mine is in the living room, but many people do game in their bedroom, is it going to be watching people get undressed or sleep or anything else that goes on in the bedroom? It all just sounds creepy to me. Big Brother comes to mind for the Kinect…

-Does this one really need to be said? Everyone isn’t rich, everyone cannot afford to pay full price for games when they first come out. Used games are great, I know I buy most of my games used. I’ve got three kids and games aren’t a priority to me, so finding them cheap is good for me.

-All games must be installed on the hard drive? What’s the point of that exactly? Pleas someone explain that one to me.

Can’t share games without your friend having to buy it?!

-What the hell is with this?  From what I’m reading I can’t loan a friend a game for them to play on their own Xbox like I can now. Yes the game can be played on their Xbox (see above) but not actually on their account. if you r friend wants to play the game they have to buy it. Essentially Microsoft is saying, “No more sharing for you, if you want to play, you MUST pay!”  Back to the point at the beginning, a money grab and that’s all it is.

-No backwards compatibility at all?! Not even for downloadable games makes no sense again. (not much about the Xbox One makes sense at this point really). I can see no backwards compatibility for discs but from what I heard there won’t even be downloadable Xbox 360 games for the Xbox One. So all of those games from the past how many years are now confined to just the Xbox 360.

–I think what Don Mattrick told the Wall Street Journal about sums up Microsoft’s position on how it feels about its customers: “If you’re backwards compatible, you’re really backwards,” . So really, because we want to play the games that we bought, we’re backwards now?

-Cloud saving everything? Yes I’m into tech greatly but I still don’t care for the cloud at all, too many things can go wrong. Call me paranoid, but I don’t trust it. I just don’t my data floating around out there. Let’s say a storm takes out a few servers, all my saved games are gone, all my progress is gone. Is there some guarantee that my data is safe, my progress in my games is safe?

-Microsoft says ‘no comment’ so that means it will be region locked… This one isn’t that big of a deal to most people but I know there are a lot of people out there who enjoy games from other countries that you can’t get here in the United States and vice versa, so there will be an end to that apparently.

I had an Xbox 360 before I had a PS3 actually and I’ve come to like my PS3 better overall. I had Xbox Live Gold for years but I finally let it go as it just wasn’t worth paying for. Sure I used it but not often, a lot of it was actually for Netflix, but I realized I could get that for free on the PS3.

I don’t know about anybody else but to me the PS4 is looking really good right now. After the non-event of the Xbox One launch and what information little we have,  I have no desire to get this new console at all. I’m usually excited about new tech, but not so much now about the Xbox One that’s for sure.