Umm.. I don’t know what to say here, a cat that made an iPhone app?!  No, not really, it’s an app to help you create apps.

App.Cat is the world’s only iPhone app to rapidly create attractive and feature-rich iPhone apps right from your iPhone. App.Cat instantly makes apps for businesses, clients, friends, and family right on the iPhone and iPod touch without the need of a Mac, PC, or computer knowledge. 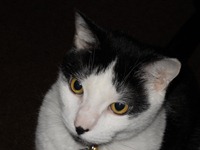 “So if you’re a Pizzeria, run a Spa, mangle a Bar, scratch Vinyl or groom Poodles you can finally grace your customer’s iPhone-home screen with YOUR app to ticklishly remind them to call.”

Anybody with an iPhone can now create, edit, and share their own apps without knowing a thing about programming thanks to the latest iTunes release "App.Cat PRO" from Hottrix. Apps generated by App.Cat have it all: Animated names and logos, Speed-dial, Maps, Galleries, News, RSS, Twitter- and Facebook integration, Live Video and Audio Feeds. 60 professionally designed templates ensure a polished look for apps created in 2 minutes or less. App.Cat apps can be shared with everybody via web, email, SMS, Facebook, Twitter. They’re real apps, solidly built on the latest open standards and even work offline. Developed and deployed in minutes without lengthy approval. They’re live the minute the user makes them! The instant app maker also live-edits pre-existing apps: Design, content, and features can be changed any time, anywhere directly on the iPhone from within App.Cat. The face-lifted apps immediately update on all iPhones that have the respective apps.

"It’s cutting-edge technology" explains Maria Gara, the President of Hottrix. "Our customers told us they wanted to get into app development but feared the learning curve and expense usually involved. They wanted an app about themselves that worked in minutes rather than months. And they wanted to be able to update their apps instantly. So our engineers concentrated exclusively on this project for a year, tested with 4000 Beta users until last week when Apple finally approved App.Cat PRO."

Gara adds, "Call it app-democracy; anybody with access to an iPhone can now make their own app in a few minutes and share it with the world. It’s fantastic! Essentially we’ve cut out the hassle and expense and made a playfully fun app factory so people are in control over their app at any given moment. App.Cat PRO is ideal for a business trying to make sure that their customers are a ‘button instead of a search away!’

"So if you’re a Pizzeria, run a Spa, mangle a Bar, scratch Vinyl or groom Poodles you can finally grace your customer’s iPhone-home screen with YOUR app to ticklishly remind them to call.

"We already received word from people who started generating lucrative income by making apps for local businesses using nothing more than App.Cat PRO on their iPhone. We’re glad we can help entrepreneurs and businesses because App.Cat is free and only costs something depending on how fancy you want your app to be."

App.Cat PRO is an app creator to rapidly make and edit attractive and feature-rich iPhone apps for business or pleasure right on the iPhone without the need to know code or design. It’s intended for businesses and agencies for rapid multi-app creation and administration. App.Cat is free online and available as LITE and PRO with added features and affordable pricing on iTunes.

Founded as a brick and mortar novelty factory in 1993 is best known for inventing the world’s first digital magic trick for Palm in 1999 as well as iBeer for iPhone in 2004. Hottrix is currently active in over 50 markets directly with cellphone carriers and handset manufacturers, and 90 different markets via Apple’s iTunes. Famous for their iBeer-gag, Hottrix is a privately held technology and IP licensing company with offices in Las Vegas, New York, Brisbane, and Barcelona. Currently more than 50 million Hottrix apps are in circulation.