I don’t know what ‘Things’ is but it’s free until November 28th for both iPad and iPhone with prices normally at $19.99 and $9.99 respectively. Things is made by Culture Code and  they’re also running a 30% off special on Things for Mac, so you can get it for everything! Details below for you..

Just a quick update: We have now dropped the price of Things for iPhone and Things for iPad for Apple’s Free App of the Week promotion. Both apps are now free until November 28.

We have also started our Things for Mac sale that coincides with our iOS promotion. This week customers can get the app on the Mac App Store at 30% off the normal price (was US$49.99, now $34.99) 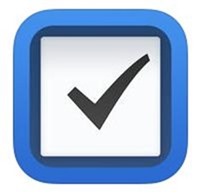 The promotion is global, and will last from November 20-28.

Apple have intentionally chosen Things as a great app for Thanksgiving.

We have never given Things away for free before, so this is a rare opportunity.

All three apps were recently redesigned for iOS 8 & Yosemite—and they received a bunch of great new features, including an “Add to Things” Extension, Handoff between all devices, Background Refresh on iOS, a new iOS app icon, support for iPhone 6 & 6 Plus, and a Today Widget on OS X.

These free iOS apps are fully functional—there are no in-app purchases.