Jaws was and is still one of my favorite movies, and this new game called Jaws: Ultimate Predator is one I want, and I want both the 3DS and the Wii versions I think. The game takes place 35 years after the original movie and you play Jaws eating people, scuba divers and other fish and just terrorizing everything and everyone in sight. Yeah, that sounds like fun to me!! Show me the way to go home I’m tired and I want to go to bed I had a little drink about an hour ago And it went right to my head…..  (yeah that song is now stuck in my head and hopefully yours now as well!)

Here’s Wii and 3DS Screens for you: 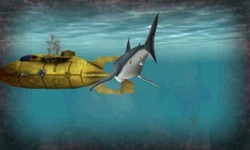 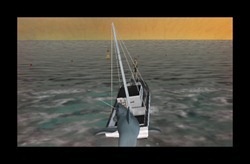 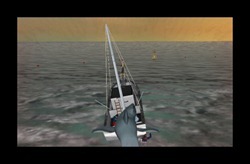 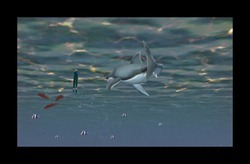 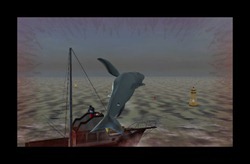 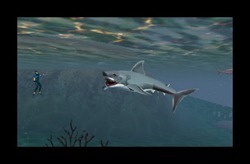 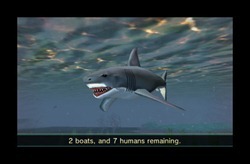 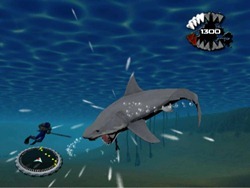 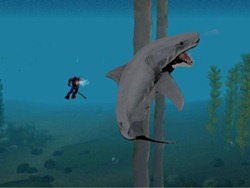 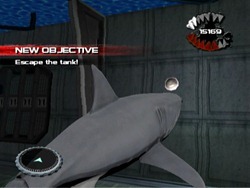 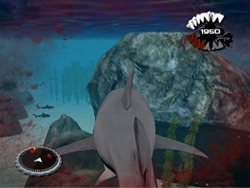 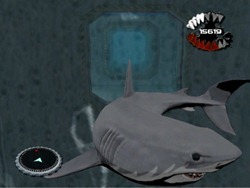 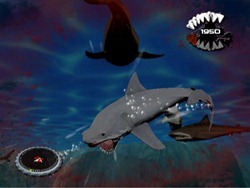 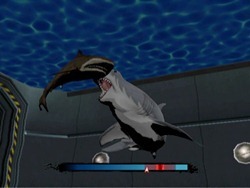 Majesco Entertainment, an innovative provider of video games for the mass market, announced today that JAWS: Ultimate Predator is now available for the portable Nintendo 3DS™ system and the Wii™ system. Based on the iconic movie franchise, JAWS: Ultimate Predator lets players become the world’s most famous and deadliest shark, giving players a chance to wreak chaos and destruction as nature’s deadliest predator. The games have been developed through a license agreement with Universal Partnerships & Licensing.

JAWS returns to terrorize the ocean and its inhabitants in this re-imagined, underwater action-adventure game. Players take on the role of JAWS — hunting and killing prey, roaming the depths of the sea and battling fearsome new bosses.  Replete with hidden collectibles and upgradeable special abilities, players can tear their opponents to pieces with intense power and speed.

JAWS: Ultimate Predator is a visceral experience with a slew of satisfying combos, finishing moves and deadly special attacks! The ocean is rife with deadly enemies, and as JAWS, it’s your task to remain on top with skills like the Rage Meter that maxes out with each kill so you can perform brutal stealth attacks and shark frenzies. Set to the original score by John Williams, players will experience real life environments with lush underwater settings from Hawaii and Isla Guadalupe – to the infamous locale where it all started: Amity Island.

Based on the popular bestseller by Peter Benchley, directed by Steven Spielberg and produced by Richard Zanuck and David Brown, Jaws both fascinated and terrified audiences, breaking box office records upon its release in 1975.  Filled with heart-stopping tension and stunning power, the powerful film launched director Steven Spielberg’s phenomenal commercial success and won three Academy Awards®: Best Sound, Best Original Score and Best Film Editing.  In addition, the memorable score by John Williams won a Golden Globe Award for ‘Best Score’ and was named one of the Top 100 Films by the American Film Institute.

Jaws also introduced the predatory shark as a new cinematic icon and struck a primal chord with audiences who connected overwhelmingly with the film’s mixture of action adventure, terror, and moments of hilarity.  The impact was so enduring that audiences never looked at the water the same way again in this suspenseful story of an eastern seaboard community terrorized by a giant white shark.