Deals are nice aren’t they? Plustek has just announced an instant rebate program on several scanners with discounts ranging from $20 up to $70. All the details below for you… 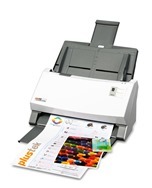 The program runs from today through September 30, 2014 on most of Plustek’s popular document, mobile, book, film and slide scanners.

The new instant rebate program deals are as follows:

“We are excited to share these amazing deals with our customers, which are usually only offered in December for holiday-time shopping,” said Mark Druziak, Plustek’s director of marketing and business development.

A scanner and security devices manufacturer, Plustek is ISO 9002 certified (since 1986) and operates in more than 20 counties around the word.  For more information, please visit www.plustek.com/usa.