Yes more CES news, and I’ve got a lot more coming after this. There’s plenty in here but of note is the fact that Roccat has just announced their first ever mechanical keyboard called the Ryos that has per-key lighting which sounds kinda cool. So here’s the full PR for you with plenty of pictures of the new products…

ROCCAT will be showing its new product developments in gaming peripherals and software at CES in Las Vegas on January 8 – 11, 2013. Some of the ROCCAT highlights at this year’s show will include the brand’s first-ever mechanical keyboard and the first software project for the company from Hamburg, Germany – the Power-Grid app, which has now passed Beta testing. In addition, several ROCCAT products at CES are newly available to US gamers, including the gaming mice Kone XTD and Kone Pure along with the multicolor gaming
keyboard Isku FX.
ROCCAT founder and CEO, René Korte, on the significance of CES for the company: “We announced ROCCAT’s entrance to the American market here exactly 12 months ago. The feedback from gamers and media worldwide has been overwhelmingly positive and we’re here again to prove that ROCCAT sets the rules when it comes to gaming peripherals.” 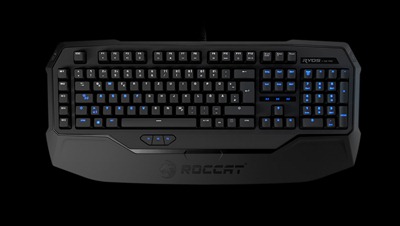 ROCCAT™ Ryos – Mechanical Gaming Keyboard Series with unique per-key illumination
With Ryos, ROCCAT has succeeded in defining a new standard for mechanical gaming keyboards. The Ryos is the first gaming keyboard ever that features per-key lighting and up to two 32-bit ARM cortex processors. The keyboard can display key functions, macros and even health or mana bars thanks to this technology. The included SDK makes what’s possible limited only by the player’s imagination. 2 MB internal Flash storage makes the Ryos ultra responsive. The ROCCAT Ryos Keyboard Series comes with up to four different CHERRY MX key switches (black, brown, red, and blue). The release is planned for the first quarter of 2013. For more information, 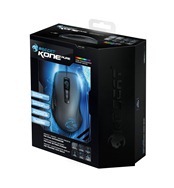 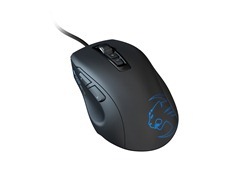 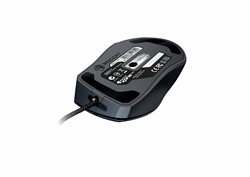 ← Corsair at CES
Griffin at CES →