So yet another study telling us what I think most everyone already knows, that you can’t drive and use a cell phone safely. I’ve known this for like ever, I watch people, I pay attention, people on the phone drive differently than they do when they’re not using the phone. If you say any different then you’re just not paying enough attention to the world around you. It’s sort of like people who say they are able to drink and drive, I’ve known people who actually think that they drive better after a few drinks in them. Deluded is the only word I can think of there, and the same goes with cell phones and driving, you can’t drive and use a cell phone safely, that’s the bottom line. The thing is that people aren’t going to stop, they won’t stop until something happens to them or their loved one because of it, and that’s sad I think…. 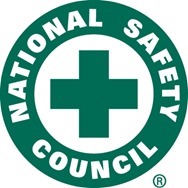 The National Safety Council acknowledges that the results announced today by the AAA Foundation for Traffic Safety of a new distracted driving study, again confirm the presence and crash risk of cognitive distraction. The human brain is incapable of performing, at the same time, the tasks necessary to safely operate a motor vehicle while engaged in other cognitively demanding tasks such as a phone conversation or speech to text.

The National Highway Traffic Safety Administration has observed 10% of all drivers, at any given moment, are distracted by a cell phone. When this unprecedented level of exposure to risk is combined with the degree of risk as defined in the AAA Foundation study, it is easy to understand why cell phone distracted driving has become a public health epidemic, poised to only get worse.

"The National Safety Council joins the AAA Foundation in urging the auto industry and policy makers to carefully evaluate all the research on this issue," said Janet Froetscher, National Safety Council president and CEO. "We encourage these groups to reconsider the inclusion of communications and entertainment technology built into vehicles which allow, or even encourage, the driver to engage in these activities at the expense of focusing on driving."

In addition, NSC continues to call on all drivers to put down their cell phones when driving and pay sole attention to the critically important task of driving so that everyone can get home safely to their families and loved ones.

Auto crashes are the leading cause of unintentional death in this country. Crashes are the leading cause of death for everyone between 5 and 35 years old. About 100 people die every day on our nation’s roads. The number one cause of car crashes is human error and driver distraction is the top human error. Based on this new research and many earlier studies, it is irresponsible to permit, enable and even encourage non-driving related activities that divert a driver’s attention from the task of driving.

About the National Safety Council
Founded in 1913 and chartered by Congress, the National Safety Council, nsc.org, is a nonprofit organization whose mission is to save lives by preventing injuries and deaths at work, in homes and communities, and on the road through leadership, research, education and advocacy. NSC advances this mission by partnering with businesses, government agencies, elected officials and the public in areas where we can make the most impact – distracted driving, teen driving, workplace safety, prescription drug overdoses and Safe Communities.