The new episode Around Every Corner is out now for The Walking Dead game on pretty much every platform!  This latest episode written by the same who wrote The Book of Eli and After Earth so I think it’s going to be pretty good. Sadly I haven’t had the chance yet to play the last episode, I better get going on that as I guess I’m behind a bit.. 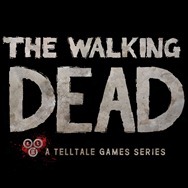 Leading publisher of digital entertainment Telltale Games and Robert Kirkman, the Eisner Award-winning creator and writer of The Walking Dead for Skybound and Image Comics, announced today that ‘Around Every Corner‘ the fourth episode of their five-part game series is now available for download.

Written by Gary Whitta, the screenwriter behind The Book of Eli starring Denzel Washington and the upcoming film, After Earth starring Will Smith, episode four of The Walking Dead continues the story ofLee Everett in the bleak and horrific aftermath of a zombie apocalypse.

As episode four begins, and in the wake of terrible loss, the group of survivors arrives in Savannah, Georgia.  Stalked by an unseen human threat and with the constant menace of the undead, Lee struggles to manage the tensions of an increasingly paranoid group and above all, protect 8-year old Clementine, a girl in search of her parents in the wake of the undead plague.

Leading games publication Game Informer says Telltale’s game series is, "Gripping, emotionally-charged, and completely blindsiding – The Walking Dead is one of the most talked about releases this year ," while British national newspaper The Independent said that episode three, "moves the series beyond the merely great, to the downright essential," and Yahoo! Games also said it featured "…one of the most breathtaking in-game moments we’ve ever experienced."

The Walking Dead has received critical praise since its debut in April, winning Editor’s Choice awards from outlets such as IGN.com, PC Gamer and Official Xbox Magazine, as well as a Golden Joysticknomination. The New York Times has praised the game’s emphasis on emotion, drama, and narrative, saying of Episode One that, "…moments have more sadness and subtlety in them than other games muster in 40 hours."

In their review, IGN.com said that episode four, "…does what a good pre-finale episode should do: it makes the wait for episode five unbearable," also adding, "…the vocal performance here is stunning with each actor nailing his or her character, and the comic art style sings with the muted colors and a graphic novel feel."

Episode three of The Walking Dead will be available for iOS devices (compatible with iPhone 4, iPhone 4S, iPhone 5, iPad 2 and the new iPad) later this month with episodes four and five (the season finale) arriving later in the year. The full series is scheduled to launch this year as a retail product in North America for Xbox 360®, PlayStation®3 and PC.

Each episode of The Walking Dead is available for $4.99 or as a $19.99 season pass on PlayStation®Network; for 400 Microsoft®Points per episode on the Xbox LIVE Marketplace for Xbox 360, and as a $24.99 five-episode season pass for PC and Mac from the Telltale Online Store, Steam, and other digital outlets.

The Walking Dead is also available for iOS devices via the App Store as Walking Dead: The Game , for$4.99. Episodes 2-5 can be bought as in-app purchases for $4.99 each or as a multi-pack bundle for$14.99 (saving 25% over individual episode purchases).

The Walking Dead is set in the world of Robert Kirkman’s award-winning comic book series.  Players will experience life changing events, meeting new characters as well as some familiar to fans of the comic book series in events that foreshadow the story of Deputy Sheriff Rick Grimes. The Walking Dead offers a tailored game experience – player actions and choices affect how their story plays out across the entire series.

The Walking Dead: Episode Four – Around Every Corner is rated ‘M’ (Mature) for Blood and Gore, Intense Violence, Sexual Themes, and Strong Language by the ESRB.

For more information on the game, visit the official website