So how about some faster internet access? Verizon has just announced FIOS Quantum which will be offering 300mbps speeds and a few other choices as well. I have FIOS and I like it a lot, I’ve never had an issue with it at all unless of course if the power goes out but that’s rare anyway, at least lately it is. 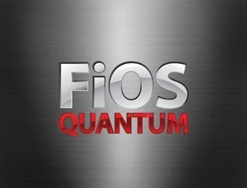 The new speeds , available in a range of double- and triple-play bundles, plus stand-alone service, offer significant choices for consumers to meet their rapidly expanding needs for online entertainment, news, information communications and e-commerce.  These needs have generated a rising demand for faster home broadband service.

“A revolution in speed has arrived,” said Bob Mudge, president of Verizon’s consumer and mass market business unit. “The new FiOS Internet speed and bundle options provide incredible value, and represent the most significant mass scale, consumer broadband speed enhancement in the nation in the past decade.”

Existing FiOS customers can upgrade to the new bundles and enjoy the faster speeds anytime, with no upgrade fee.(2)  While the majority of existing FiOS customers will pay $10 to $15 more per month to double or triple their Internet speed, they may be able to adjust their FiOS TV tiers as desired and pay roughly the same monthly total that they pay now.

“Consumers will receive great value from the FiOS Quantum speeds and our customizable bundles,” saidMike Ritter, chief marketing officer for Verizon’s consumer and mass market business unit. “As consumers stream and watch more movies, sports and shows in their homes on devices other than traditional TVs, such as smartphones, tablets, gaming consoles, smart TVs and Blu-ray players, they need faster broadband to enhance their experience.”

The FiOS Quantum speed tiers in particular will help consumers enjoy connecting to desired content anytime and anywhere, said Ritter.  The fastest speeds will also help consumers take advantage of the rise in bandwidth-intensive activities, the increased number of Internet-connected devices being used simultaneously under the same roof and the growing popularity of watching over-the-top video programming.

← News for Saturday June 16th 2012
Idiolian Has Just Announced a $98 Android Tablet, the IdolPad Plus →