In the past year or so we’ve seen many laptops and video cards that are coming equipped with mini DisplayPort connections but those laptops and video cards don’t come with adapters so you can actually make use of those ports. Today I’ve got a short review for you of a product that many of you might find very useful, it’s a 3-in-1 adapter that goes from mini DisplayPort output to DVI, HDMI or stand DisplayPort video inputs. The product is just a small white box really, not much special or exciting about it but it is inexpensive and it does the job it needs to do.

The 3-in-1 mini DisplayPort adapter came shipped with other things so there is no shipping package pictures, but the actual packaging is just a bag basically. 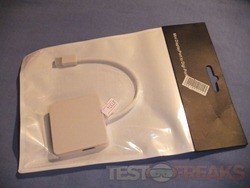 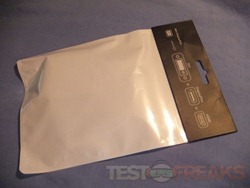 On the top of the bag is a small diagram showing you what you can connect to or how to connect the adapter. No instructions other than that are included, which I don’t think you really need any, 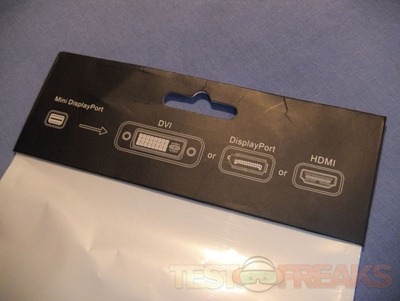 The adapter is a just small little box with short cable coming out of it with a male mini DisplayPort connection on it. 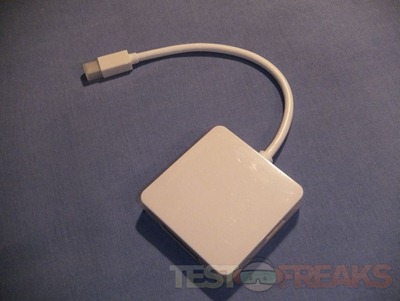 On the sides you’ll find the three connections for HDMI, DVI and regular DisplayPort. 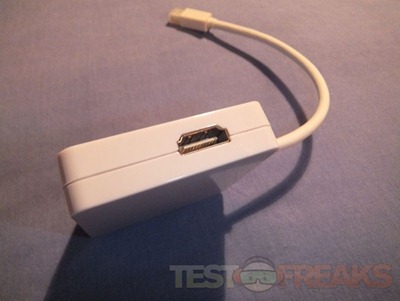 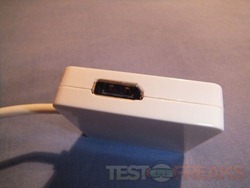 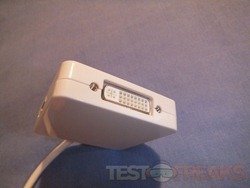 The mini DisplayPort does come with a protective plastic cap for when not in use or traveling with it. 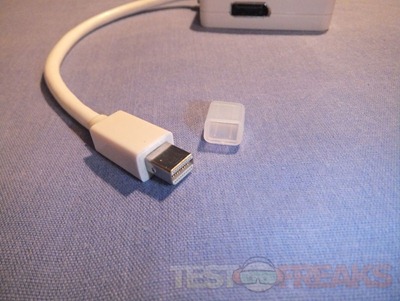 So it’s a small plastic box essentially, not much really special here. The build quality seems fine, it’s not as though it needs to be rugged, it’s just going to be sitting or hanging around doing its thing.

So to use it I hooked it up to my HIS Radeon 7870 which has two mini DisplayPorts on it along with HDMI and DVI as well. I hooked it up via HDMI as that was what the monitor I was using on my second video card was hooked up as. The monitor actually has HDMI and VGA, so really I could only use the HDMI as there is no VGA connection on this little adapter. The monitor is one I reviewed here long ago the Hannspree HF237HPB, which still works great. 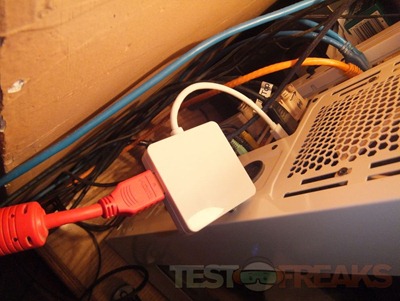 Here’s about the best picture I could get behind my computer without pulling it all out, but you can see the DVI, HDMI and mini DisplayPort adapter connected to the top video card. 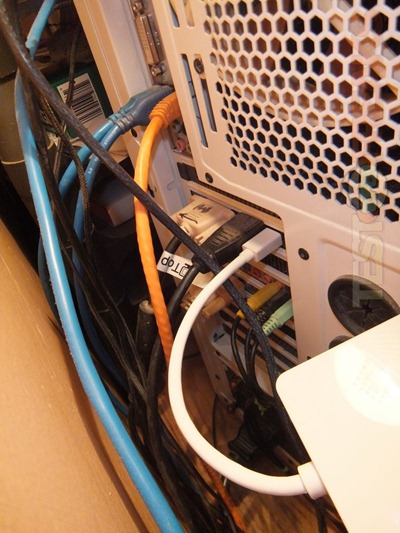 I was thinking about using this for AMD Eyefinity but found I couldn’t do it as when I powered my computer on only two monitors were working. I hadn’t realized this wasn’t an active adapter so I couldn’t have all three video outputs active at the same time, I had to disable one of the other monitors to use this mini DisplayPort adapter. I found I could run the DisplayPort and HDMI or the DisplayPort and DVI but not all three at the same time. It was worth a try though right?

The adapter isn’t meant for Eyefinity obviously, but it does produce a video output signal and I could run it at 1920×1080 resolution with no problems over the HDMI cable. The adapter played video smoothly, and of course showed showed my desktop with no issues.

This adapter is more meant to be used with your laptop I think so you can add an external monitor to it. In that situation I think it would work perfectly fine.

Conclusion:
For what it is this little adapter does the job it needs to do.

It’s inexpensive, coming in at under $9.

The 3-in-1 mini DisplayPort adapter let’s you take the output of your video card or laptop and add an additional monitor to your setup.

It’s small and lightweight, making it portable so you can take it with you if need be.

Sadly it’s not an active adapter, so if you’re thinking of getting it for a multi-monitor setup this just won’t work for more than two monitors at a time.

Pros:
+Inexpensive
+Very easy to use
+Three video out choices from one mini DisplayPort connection
+Seems well made