Apple’s AirPlay technology is gaining traction with the release of more devices taking advantage of the technology. When it was initially released AirPlay enabled speakers were expensive and hard to find. To help fill this void Audyssey’s latest product is designed to bring hi quality AirPlay based audio into one’s home or workspace.

Having used both the Sonos and Squeezebox setups I have become a big proponent of wireless music streaming. For this type of system to work properly you’ll need a simple setup and a user-friendly interface that Audyssey provides. The Audio Dock Air in combination with AirPlay provides a quick and simple way to provide wireless music streaming within one’s network.

The Audyssey Audio Dock Air arrives in a white cardboard package. The front of the box has an image of the Audio Dock Air, the AirPlay logo along with a description of its features in English and French. One side of the box has another picture of the Audio Dock Air being used by a young woman and on the back is another list of features, specifications and a product blurb in English and French. Finally on the other side of the package are four additional language descriptions for the product. 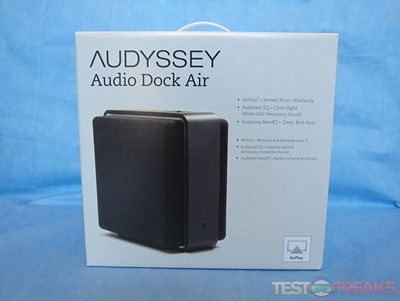 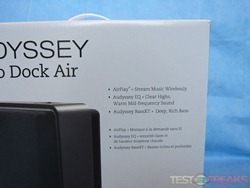 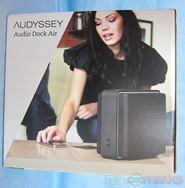 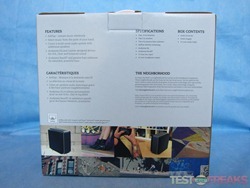 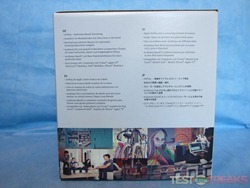 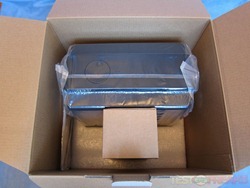 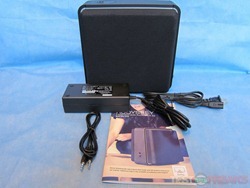 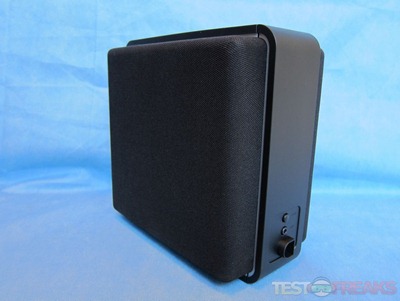 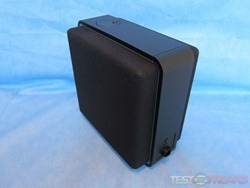 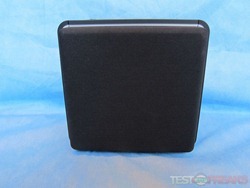 In between these two speaker sets is a black plastic area that houses the Audyssey Audio Dock Air’s controls. Looking at the top we see a volume knob with two LED lights – one for Power and the other for AIrPlay connectivity. 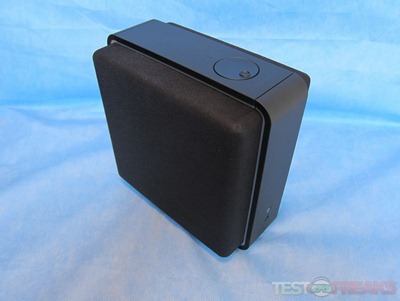 On the front is an infrared port and 0.5 mm headphone output jack. 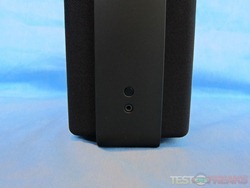 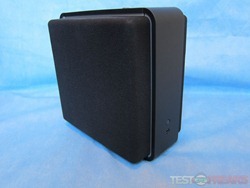 The back of the Audyssey Audio Dock Air has the power input connector, a 3.5 mm line input and the wireless pairing button. 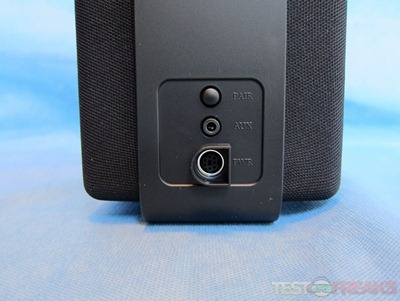 Underneath the Audio Dock Air are four rubber feet and a rubber covering for a USB connector that is probably for updating the device’s firmware. 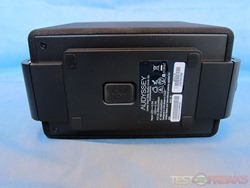 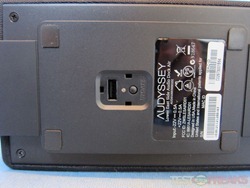 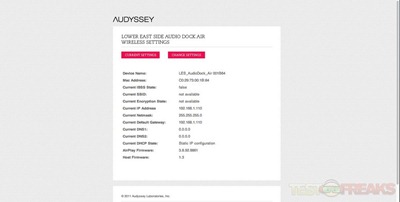 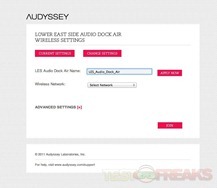 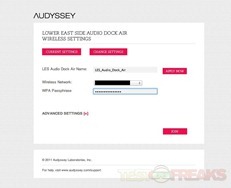 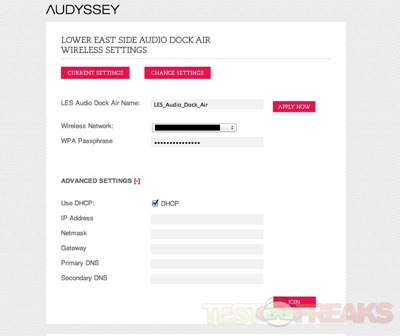 Using the Audyssey Audio Dock Air in conjunction with AirPlay is as simple as selecting the device after clicking on the AirPlay icon found on the lower right of most Apple devices and apps. 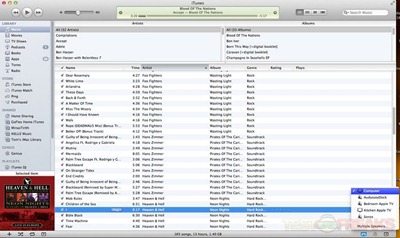 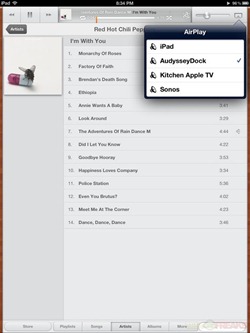 Audyssey is a highly regarded well-known name in the field of audio. Last year at technogog we looked at their