Analog technology is going the way of the Dodo, eight track and Betamax; slowly drifting to technologic extinction. But what about us folks that still have precious memories tied to analog media? Elgato the company renowned for their TV software, TV tuners and capture devices has released the Elgato Video Capture. It is a USB based device that allows the capture of analog signals via the included cable connections.

This device allows the transfer and conversion of most any analog source into a digital format. Video is captured in real time thus eliminating the need to re-encoding. The Elgato Video Capture uses the connected computer’s hardware for encoding, so a powerful machine is definitely preferable.

Recently Elgato added Cyberlink PowerDirector 8 Capture Edition Software for Windows users to take advantage of the device. This program works with the Elgato device and offers many features found in the Elgato Video Capture Software. 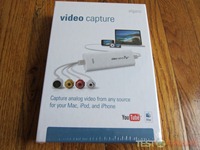 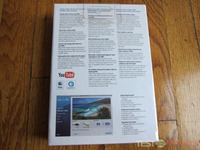 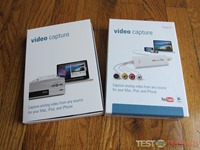 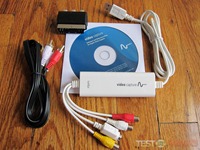 The device is all white similar to most other Elgato Apple designed products. It is composed of a plastic white rectangular video capture box. In the center we find the Elgato logo with two cables coming off opposite sides; there is a USB connection on one end and on the other we find Composite, RCA and S-Video inputs. The unit is lightweight and can easily be thrown into one’s laptop bag or even pocket. 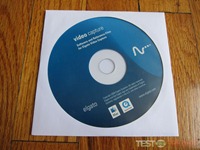 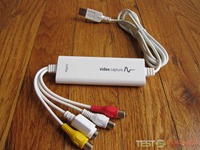 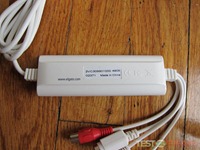 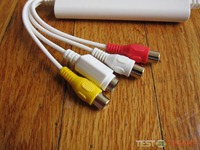 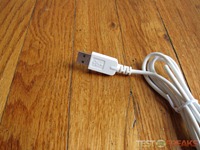 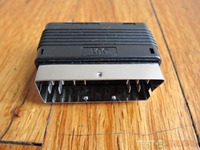 The connectors allow the Elgato Video Capture to work with analog sources such as VCRs, Game Consoles, DVD and video cameras. Elgato also includes a SCART connector, which is used primarily in Europe. 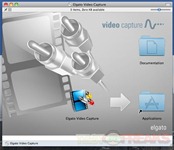 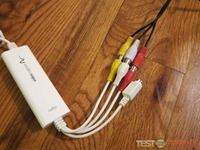 The Elgato Video Capture program is simple in function designed to take the user through the video connection setup, recording and final editing process.

The Getting Started screen asks for the name of the file being recorded and queries the video length to estimate the hard drive space required for the file. This is a handy feature especially if your hard drive capacity is on the low side. 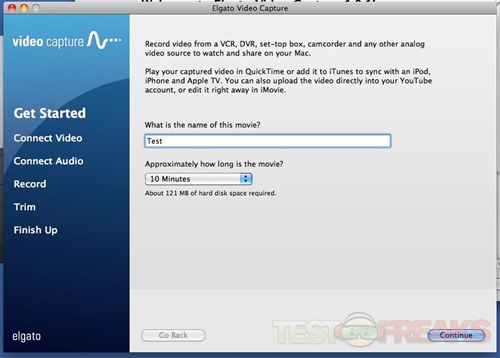 Connect Video asks which input is being used – composite or S-Video and what aspect ratio for output is desired. The Connect Audio section checks if the RCA connections are picking up audio. 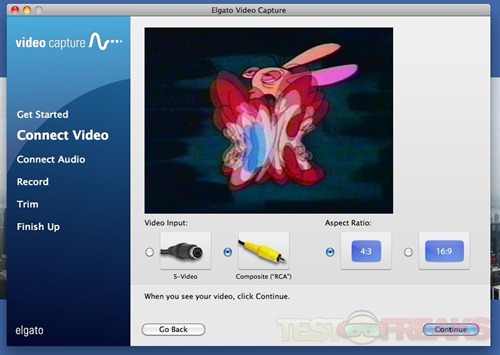 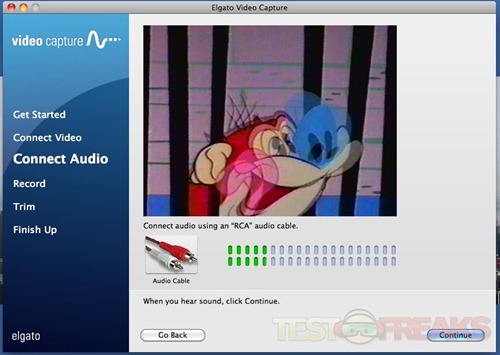 Now you are ready to encode the source video; to start hit the big red record button. The other included options are to Mute the Sound and to stop the recording after the preset time that was picked on the Getting Started screen. 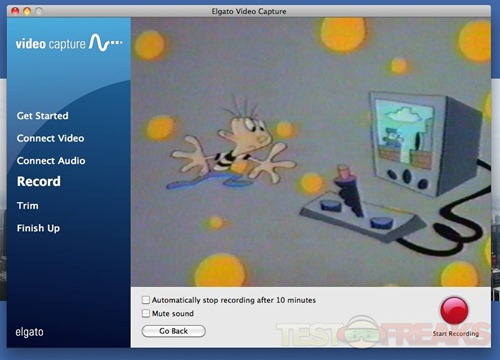 Once the recording is finished, the Trim screen lets some simple editing to be performed. If you plan on multiple edits you can forget about it using the Elgato Video Capture software; as I previously mentioned it is pretty basic video creation software. 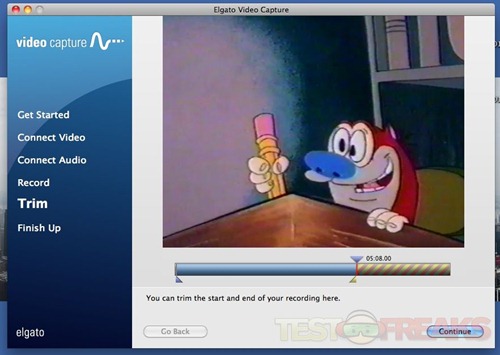 The last screen is the file output screen, which lets the user Play the Video using Quicktime, Add it to iTunes, Edit it with iMovie or Upload it to Youtube. On top of this screen it will also indicate the file location on your hard drive. 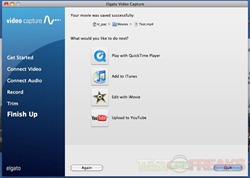 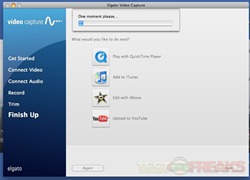 The Preferences scr  een is broken up into General, Video and Audio sections. General setting allows the user to change the file location and save format. Video allows adjustment of the Brightness, Contrast, Saturation and Hue; while the audio section allows decibel settings. 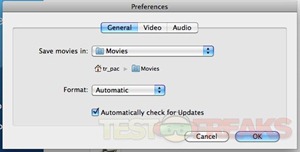 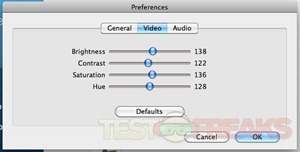 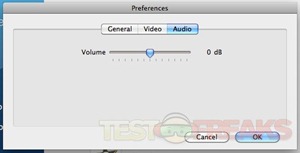 For my main test a two hour VHS video converted to MP4 using H.264 and AAC codecs at a resolution of 640 x 480 took up 1.45 GB. For this resolution that file size is rather large but the quality was accurately reproduced from the source material.

In addition I tested the Elgato Video Capture device using a GameCube console and DVD player and was easily able to capture video from both components.

One thing that was apparent using the Elgato Video Capture is that it’s system intensive as my MacBook Pro had its normally silent fans to kick in at full throttle.

Video can be output to either H.264 or MPEG-4 formats. H.264 encodes at 1.4 MBit/sec while MPEG-4 encodes at 2.4 MBit/sec. One warning, if you use a machine without enough horsepower under the hood then the output will default to MPEG-4.

Obviously the source material will determine the quality of the captured video. Analog videos that were professionally recorded looked much better than those recorded from a standard VCR.

If you are like me and have a large cache of VHS tapes then the Elgato Video Capture is a simple device to get those analog video digitized quickly and easily. One drawback to the Elgato package is the rather simplistic software which seems designed for non technologically savvy folks. Fortunately the user can export the capture video into something with more features such as iMovie.

The Elgato Video Capture relies on the Mac hardware to do all the “heavy lifting” with the encoding. This will keep your Mac on the sidelines while capturing video as it seems to use up a fair amount of system resources for the video capture and encoding.

Overall the Elgato Video Capture is a good product that does the job its is designed for in a simple straightforward fashion.

Pros:
+Simple to use and setup
+Pretty much plug and play
+Compact
+Works with iMovie