For today’s review we will be looking at an iPad 2 case from Griffin. The IntelliCase is a folio style designed to be low-profile. It is composed of a hard polycarbonate shell on the back and flexible thermoplastic polyurethane. Griffin designed the IntelliCase to work in either an upright or incline position for viewing the screen or typing on the virtual keyboard. 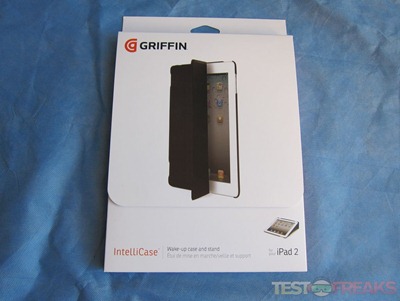 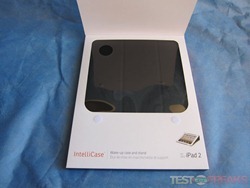 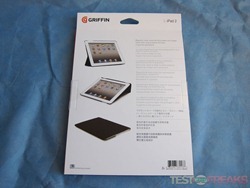 Opening the package reveals the IntelliCase. The case comes in one color, black and has a very low profile. Looking at the front cover you’ll notice three foldable panels similar to the Apple designed Smart Cover. This front cover is made of the flexible thermoplastic polyurethane. On the bottom right corner is an embossed Griffin logo. 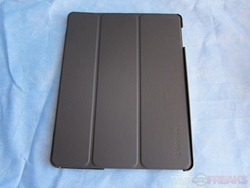 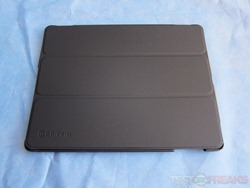 Flipping the case onto its back we find the hard polycarbonate shell designed to protect the back of the iPad 2. Surrounding this hard shell are openings for the various inputs on the iPad 2 as well as a slot for folding the front cover onto the back of the case. Another Griffin logo is found over this slot. 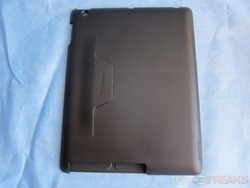 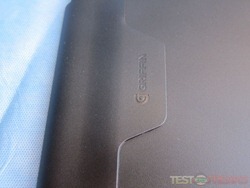 Opening up the IntelliCase reveals the iPad 2 cradle which is a shiny black finish with the words Griffin and IntelliCase printed in the center. The front cover attaches to the left side of this cradle via two rubber tabs. The iPad 2 is held in place by four corner clips. 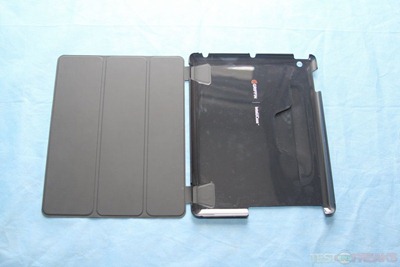 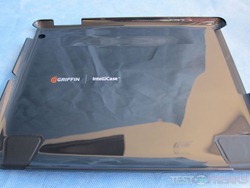 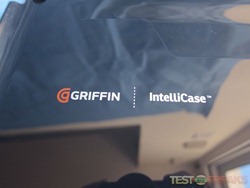 The inside front cover looks exactly the same as the front, there are no pockets or sleeves found here. The inner cover also has built in magnets to help activate the iPad 2 using the Smart Cover feature. 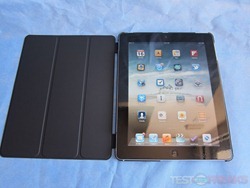 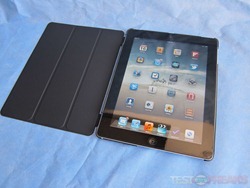 Since the IntelliCase has a low profile, the iPad 2 resting inside maintains its svelte form factor. The front cover folds onto itself and tucks into the back of the case to allow the IntelliCase to function as an upright or incline stand. The Apple version of the Smart Cover uses magnets to lock the cover into a stand formation which is a much more elegant solution than tucking the cover into the back of the case. 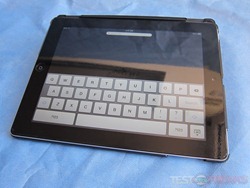 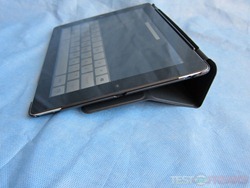 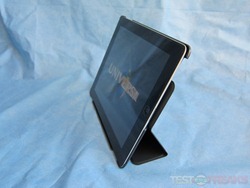 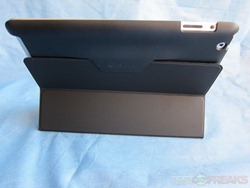 One thing I did notice was when the front cover is flipped over the back of the iPad 2 the magnets would occasionally turn off the screen.

All of the ports and controls on the iPad 2 are easily accessible with the IntelliCase in place. The back of the case protects the metal back of the iPad 2 with openings for the camera on the rear, headphone jack, microphone, power button, mute switch and volume controls. 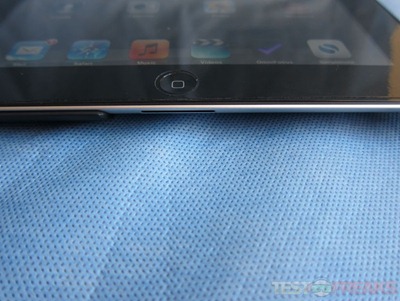 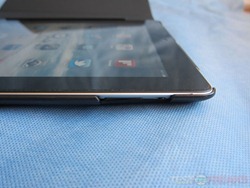 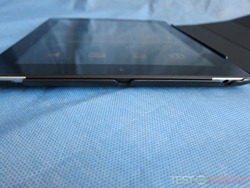 The Griffin IntelliCase will protect the iPad 2 from superficial harm but don’t expect the IntelliCase to replace your OtterBox any time soon. 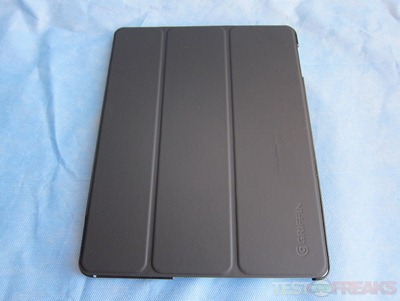 The Griffin IntelliCase is well-designed utilitarian case. It is by no means the perfect iPad 2 case but it does its job well. Its hard plastic shell will keep the iPad 2 safe from minor to moderate trauma. The Smart Cover capability is nice additional feature as it makes interacting with the iPad 2 “much more magical”.

While its style is not very unique it still is a sleek looking iPad 2 case that many would be proud to carry around. It can function as both an upright stand and as an inclined keyboard stand.

Considering buying the cheapest Apple Smart Cover version and a matching case shell would cost more than the $59 retail price tag, the Griffin IntelliCase is a good value.

Cons:
-Not the most unique design
-Magnetic smart cover can be active with the cover flipped over
-Only one color choice