Wireless iPhone charging comes in two varieties – inductive and conductive. Induction transfers energy across a gap into the device’s battery while conduction transfers via direct contact between the power source and battery.

Well known inductive charger brands include PowerMat and Energerizer Qi. These systems involve using bulky case on the iPhone and a flat inductive mat. Conductive chargers are less known but BuQuTech plans to change that with their Magnetyze iPhone 4/4S charging system which features a low profile case and a magnetic stand.

The system features a protective case, desk stand, wall charger and syncing cable. In addition the company offers a car charger and a three-bay docking station. If and when you upgrade your iPhone simply buy a new charging case and you can use your previous accessories.

The Magnetyze magnetic charging system arrives in a white cardboard box with an image of the base and charging case on the front. On the back of the package is an extensive explanation of the system, how it works and what’s included in the bundle. 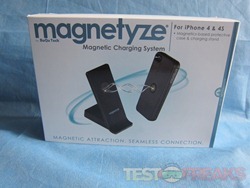 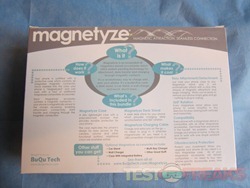 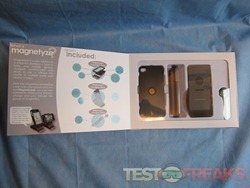 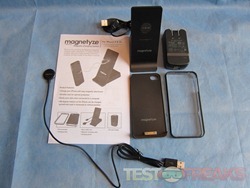 The case is a charcoal black metal that has a brushed metal texture with a magnetic conductive charging disk on the back and an opening for the iPhone 4/4S camera. The case is really a sled that docks onto the iPhone 4/4S. Like most sled type systems, the dock connector becomes inaccessible with it in place. Two speaker openings are found on each side of the base of the Magnetyze case. 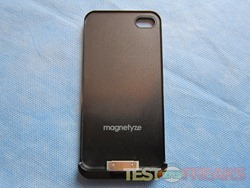 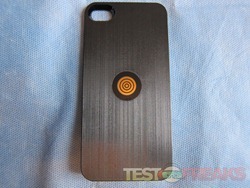 The phone bumper is composed of a clear and black rubber material. On the charging stand is the Magnetyze logo and a magnetic connector disk. A small rubber pad keeps the stand from scratching the back of the case. On the rear of this stand is a micro USB connector port while on the bottom is a rubber no slip pad. 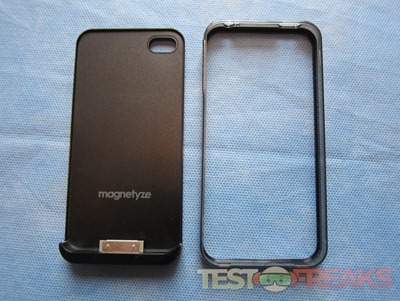 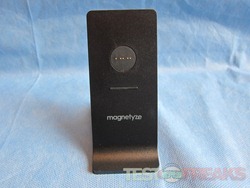 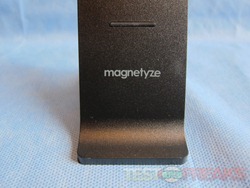 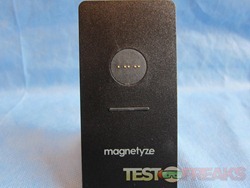 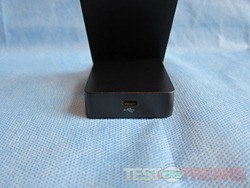 The Magnetic charging cable has a charging disc at one end and a USB connector at the opposite end. The AC wall charger has two USB inputs and two LED lights; while charging the LEDs are red and once finished they turn green. 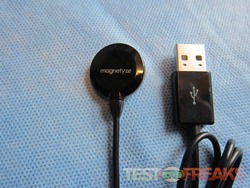 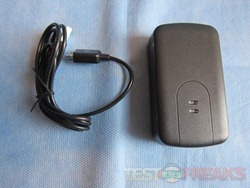 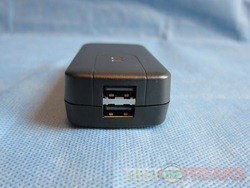 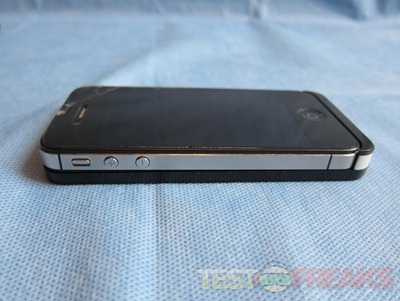 Once housed inside the case you will see a slight increase in the iPhone’s depth and an additional centimeter at the base. The buttons and switches on the iPhone 4/4S are easily accessible with the bumper in place. However, the opening for the headphone jack is very precisely cut to the Apple phone with almost no space on the sides. This makes certain types of headphone jacks unable to insert properly into the bumper covered iPhone 4/4S. 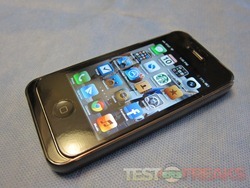 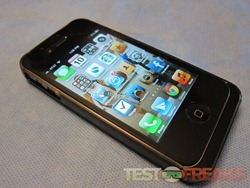 Appearance wise the Magnetyze case fits well with the Apple aesthetic. A few people asked me if I was using an iPhone 5 due to the slightly elongated length due to the case.

In terms of charging the Magnetyze system charged the iPhone 4/4S at a similar rate to a cable charger. To start the charging process, place the case onto the contact disk on either the charging stand or magnetic charging cable. Make sure the contacts line up, since conductive charging requires direct contact to transfer the current; the case would easily attach to the dock but not always be aligned for charging. Compared to an inductive system the charging on this one is definitely faster. 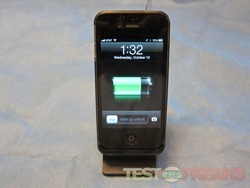 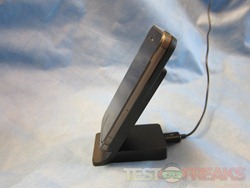 Since the system uses a dock instead of a flat mat, the iPhone can be used for viewing while it is charging. The underlying magnetic forces allow the dock to position the iPhone 4/4S housed case in any orientation. You can easily watch a video while charging your iPhone. Magnetyze also can be used for data syncing and transfer to ones PC or Mac. 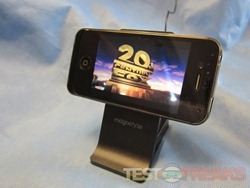 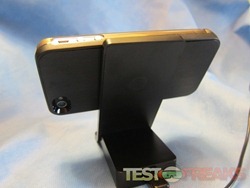 When traveling the magnetic charging cable works just in place of the larger dock. For those who are road warriors, BuQuTech also has a magnetic car charger system.

The case and bumper sit flush with the iPhone 4/4S face leaving the screen exposed to hazards if placing it face down on a surface. In terms of protection, the case will keep the phone safe from scuffs and scratches but will probably not survive a fall from a height. As I mentioned previously, with the Magnetyze charging case in place, the iPhone 4’s dock connector is occupied which means accessories that are dock based such as speaker docks will be unusable unless the case is removed. 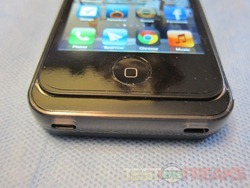 There are numerous iPhone 4 charging devices on the market both wireless and wired. The Magnetyze system is a magnetic based one that allows charging and syncing via conductive transfer. It is convenient for easily charging/synicng one’s iPhone 4/4S or using the stand as a display solution. Be aware that the case is not really designed for protection but more for functionality as a charging system. Hopefully in the future BuQuTech will incorporate this technology into other more rugged style cases.

The Magnetyze Apple iPhone 4 / 4S Charger is reasonably priced at $69.99 providing a case, stand and magnetic charging cable. With additional accessories such as a 3-Bay docking station and a car/stand charger on the way, this is a system that can grow with your Apple phone.

Pros:
+Wireless charging
+Charging speeds on par with wired solutions
+iPhone can be oriented in any position on the stand