Last week Sling Media released an early holiday present – the iPad version of the Slingplayer Mobile. This app allows the streaming of TV and DVR from one’s Slingbox to the iPad over either a 3G or Wi-Fi connection. While this release was a long time coming and welcomed by many, according to recent reviews on the iTunes store for the app there was a lump of coal for many Slingbox owners with this app.

Sling created this app to only work with the Slingbox SOLO and Slingbox PRO-HD. Owners of a Slingbox PRO, Slingbox AV, Slingbox TUNER, or Slingbox Classic would need to upgrade their devices to use this app. According to many the problem was Sling Media did not clarify this information until after the app was bought at the rather high app store price of $30. 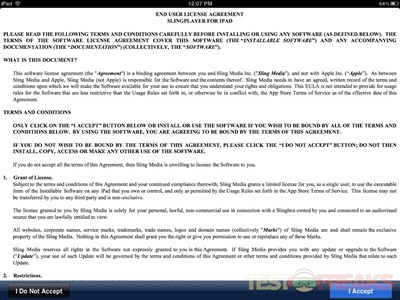 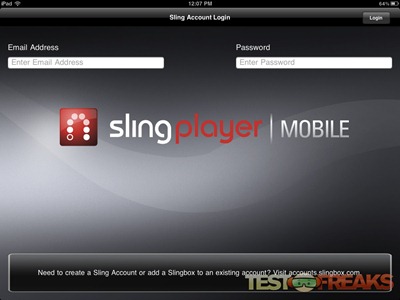 After this initial process is finished then the SlingPlayer Mobile for iPad launches into a guide screen where My Favorites or All Channels can be selected. 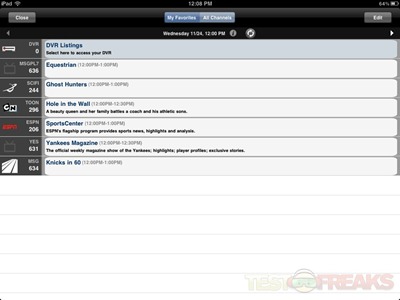 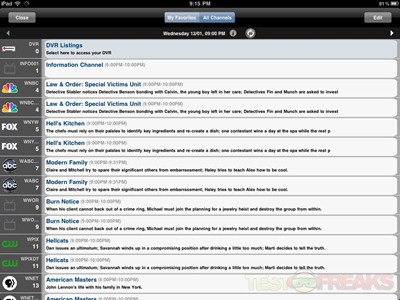 Navigation of the SlingPlayer Mobile for iPad is similar to the iPhone version using the touch screen. Swiping up and down will increase or decrease the channel number; double tapping brings up the DVR controls and swiping left or right toggles between preset favorite channels. 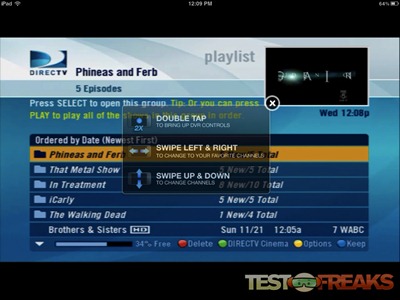 The increased real estate allows the video not to be obscured by menu screens. Double tapping the screen brings up controls surrounding the central viewing area. These controls float above, below and on the sides of the SlingPlayer Mobile app. The top panel toggles between all the commands found on your particular brand of remote connected to the home base Slingbox. For this review I was using a DirecTV HR-20 DVR. 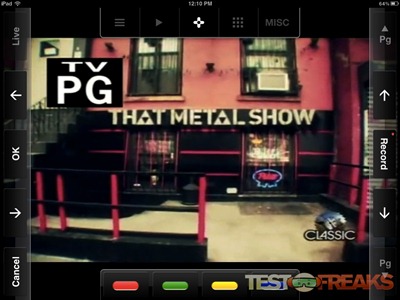 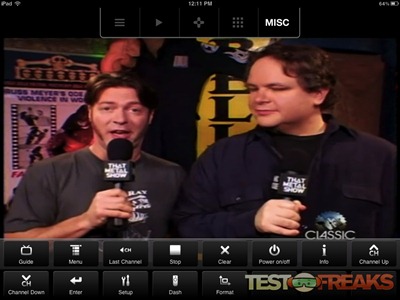 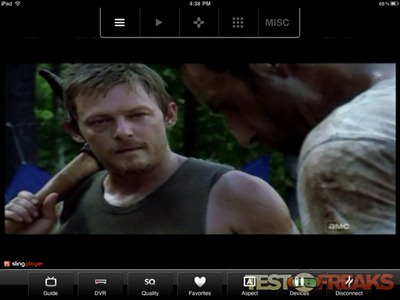 The second icon is a Play Arrow which brings up the controls for playback, pause, fast forward, 30 sec skip, rewind and 5 second review. 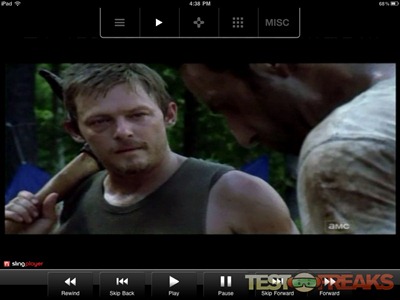 The control pad icon summons the navigation options for controlling the on screen menus and guides. 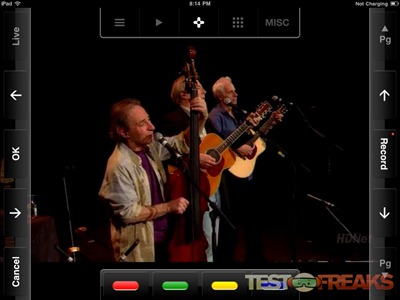 To directly input channels you’ll need to use the keypad icons. 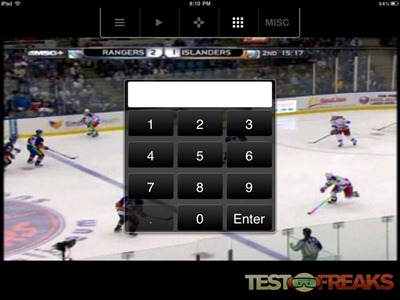 Finally the Misc icon toggles all the other controls not found with the other options. 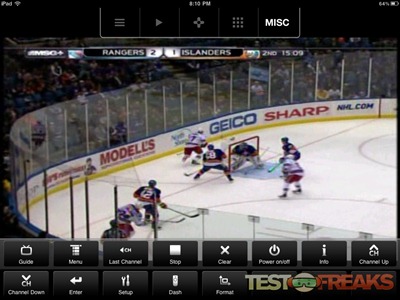 For the road warrior, having preset favorites is definitely an advantage as toggling with the n screen remote can be a bit laggy and ponderous. 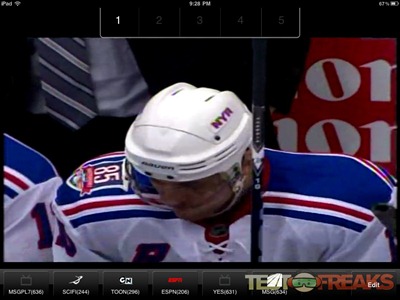 For testing I used a SlingBox PRO-HD along with a Wi-Fi enabled iPad. My home network is 802.11n enabled and the iPad was connected via either the G and N bands. Within the LAN the SlingPlayer Mobile for iPad worked at its optimum. This makes plenty of sense as bandwidth should be the strongest and the lag should be at a minimum. That being said, the app still would have moments where the spinning iPad circle pops up. This most often occurred when navigating menus or making selections using the virtual controls.

When bringing the SlingPlayer Mobile for iPad outside of the LAN then things become more sluggish. Playback is dependent on the network; for instance in Starbucks once playback started the video streamed well, but any type of menu navigation did lead to pauses. High definition video was also a bit temperamental; switching from HD quality to SD did make a difference in resolving any lag.

Here is the difference between the high definition and the standard definition image quality. There is definitely a difference and those seeking high visual fidelity will prefer the HD mode. 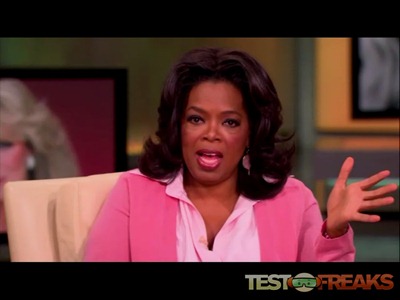 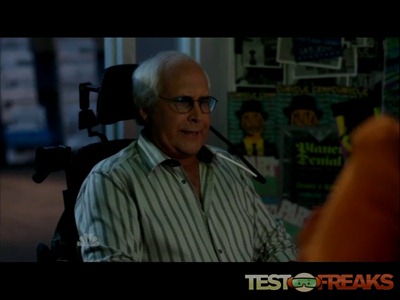 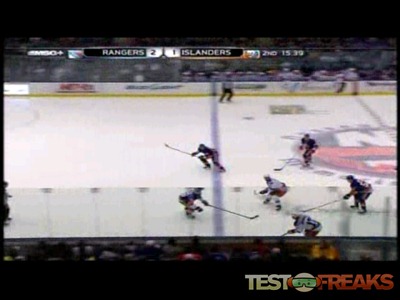 Overall the SlingPlayer Mobile for iPad was a mixed bag. Playback is very good on standard quality and hit or miss using high definition. This is obviously related to the network that the iPad is operating on. The lag is still surprising as Slingplayers in the past were very good at optimizing the video based on the bandwidth available. Hopefully this is a software issue and will be remedied with future updates.

Sling Media makes a truly innovative product with their Slingbox place shifting technology and with the Slingplayer Mobile iPad app you can enjoy your TV/DVR viewing on the road with a much larger screen than on a cell phone or other non laptop device. However, Sling Media also makes some questionable decisions such as locking out many older Slingboxes from using the app. Glancing at the user reviews on iTunes this stance has perturbed many loyal long time Slingbox users. Sling allowed legacy Slingboxes to work with the iPhone Slingplayer app with the caveat of no support, I don’t see why they could not do this for the SlingPlayer Mobile for iPad.

Despite this rather irritating issue, the SlingPlayer Mobile for iPad is a very good implementation of the Slingplayer. The app works especially well when dropping the image quality to Standard. Unless you are on a really fast connection, the High Quality setting outside of your home network runs rather laggy. Personally I am not looking for Hi-Def quality when watching shows on the road, as long as the image is presentable I am rather satisfied.

Pros:
+Watch your TV/DVR remotely
+Works over Wi-Fi and 3G

Cons:
-Does not work with numerous Slingbox models
-For iPad only; not universal for iPhone/iPod Touch
-Price

6 comments for “Review of SlingPlayer Mobile for iPad”