There’s no better time to be a nerd. It is the “in” thing to be. There isn’t anything sexier than “smart”, right? And one of the first things that pops into your mind when you hear the words “nerd” or “geek” is brainy.

At one time, images of a social misfit may have been the norm when hearing the word, nerd. But we’ve come a long way baby… and thankfully so. Because a nerd can be anything but, a social misfit. They are sexy, hot and funny.

The definition of a nerd has certainly evolved, though. For me personally, I like this definition from Urban Dictionary, “A person who gains pleasure from amassing large quantities of knowledge about subjects often too detailed or complicated for most other people to be bothered with.”

Television has followed suit and given nerds a front and center platform. And for the first of a two part article on the coolest nerds on TV in 2011- the criteria I used is that they have to be currently on TV, smart, and intensely interested in a particular hobby or topic. So, ladies first… 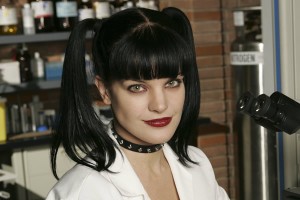 Abby played by Pauley Perrette in the CBS series, “NCIS“, is a forensic specialist at the Naval Criminal Investigative Service headquarters at the Washington Naval Yard. Abby is well-versed in her field of study; she is rarely stumped by the puzzles that Gibbs’ team present to her. Abby has been shown to have skills in traditional forensics, computer forensics, and hacking. Her appearance may belie her nerdiness, which is more goth in nature. She also sports several tattoos and pigtails. 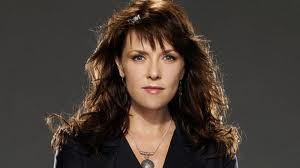 Dr. Magnus, played by Amanda Tapping (who has a history portraying nerds), is an English medical and scientific researcher who has dedicated her life to hunting and protecting “monsters”, in the SyFy show “Sanctuary“. She runs a “Sanctuary” where they can find refuge while she studies and tries to help them. She is between 158 – 160 years-old. She definitely looks good for her age. 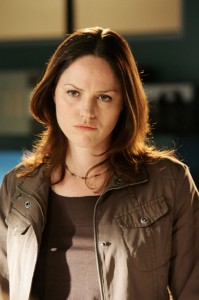 Sara, played by Jorja Fox, is a forensic scientist on the CBS show, “CSI: Crime Scene Investigation“. It takes place in Las Vegas, Nevada, the first of the CSI dramas. She graduated at the age of 16, the valedictorian of her class. She attended Harvard and is very dedicated to her job. She was depicted as a loner with no hobbies unless they were work related… that is until she fell in love with Grissom (who left the show after season 8). 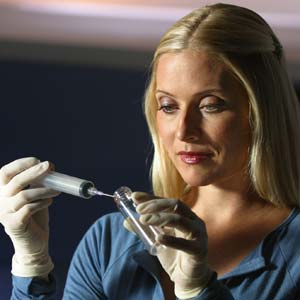 Detective Calleigh Duquesne, portrayed by Emily Procter, in “CSI: Miami” on CBS,  is a ballistics specialist. She is bilingual, speaking fluent Spanish and has a B.S. in Physics.  She has the nickname, for her knowledge of, and expertise with, firearms. 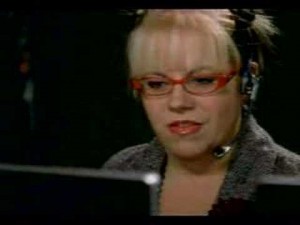 Garcia, portrayed by Kirsten Vangsness, is the Computer Technician of the Behavioral Analysis Unit on “Criminal Minds” (as well as the spin-off “Criminal Minds: Suspect Behavior“, both on CBS). Perhaps my favorite on this list, Garcia is quirky, colorful and provides some much needed comic relief for her fellow teammates. Penelope is into online games, specifically MMOGs and a formidable hacker. She had been placed on one of the FBI’s hacker lists (she was one of a small handful of extremely useful or dangerous hackers in the world). 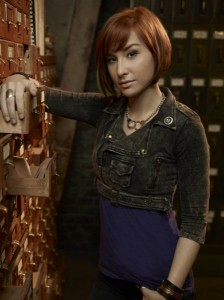 Claudia, played by Allison Scagliotti, at only 19-years-old, is an inventor and computer hacker employed by “Warehouse 13” on the SyFy channel. 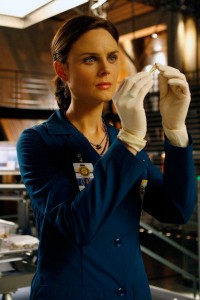 Bones, played by Emily Deschanel on the Fox show “Bones“, is a forensic anthropologist, hence the nickname, “Bones”. She may have as many as three doctorate degrees. Brennan lacks social skills. Her social ineptitude is especially apparent when it comes to pop culture jokes, sarcasm, and metaphors which she often interprets very literally. She is possibly the most “nerd” like in old-school definition of the word nerd. 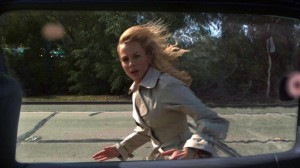 From the new ABC show “No Ordinary Family“, Stephanie (portrayed by Julie Benz) is a scientist and bio-medical researcher with Global Tech. She, along with her family develop super human powers. We’re still not clear on how this came to be, but Stephanie now has super speed and accelerated healing. One thing’s for sure – she is one super fast nerd. 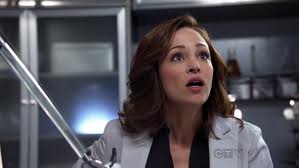 Katie, portrayed by Autumn Reeser, is a lab tech and bio-medical assistant for Stephanie Powell at Global Tech. Katie found herself an outsider growing up and quickly submersed herself in her own fantasy world of comic books and superheroes. Which, makes her a perfect match for her new “super-hero” boss and her family. 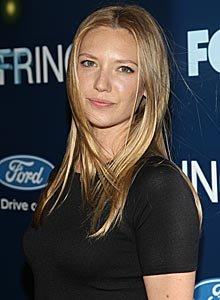 Olivia, portrayed by Anna Torv on the Fox series “Fringe“, is a young FBI agent. Very much a loner who is absorbed with her work. She also has a doppelganger in an alternate universe… double the nerdiness. 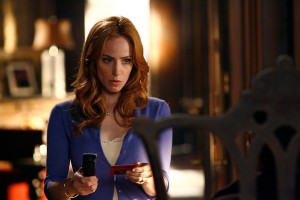 Fontana, portrayed by Jaime Ray Newman in the SyFy show, “Eureka“, is an engineer and astrophysicist at Global Dynamics. She has 3 Ph.D’s, and due to her controversial methods and beliefs, she and the scientific community don’t often see eye to eye.

I like to fancy myself as a wee bit of a nerd (minus the super intelligence part), so it’s great to watch so many great leading nerd female characters on television, today. I’m sure I’ve left off some, but these eleven characters are my favorites.  Which one is your favorite? And, if you don’t see yours on this list, please share it with us.

2 comments for “The 11 Coolest Female Nerds on TV… Today”