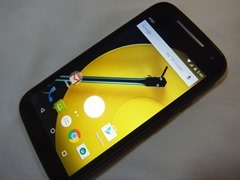 Mobile video games are very popular these days. This is because they allow you to game while on the go without having to wait until you get home to play using a computer. If your mobile device runs on Android, there are so many games that have been released this year. You therefore don’t have an excuse for being overridden by boredom when you are alone. As a matter of fact, majority of these mobile games can be downloaded free of charge. However, there are some that cost only a few dollars. The good thing is that you can play them by yourself or with friends.  In fact, most of them can be played offline. Below is a list of Android games that you should play in 2018.

The title tells it all. This game is all about axes and dragons. You are required to use an axe to kill the dragons. And if you are still concerned about running out of ammunition, you need to think again. For every dragon that you hack to death, the game rewards you with more axes so that you can continue killing them. For you to win, you must butcher more dragons than your opponent. The game is designed to support multiple players. Besides that, you don’t have to use one character all the time. You can alternate between the 16 characters to make the game more interesting.

Since Bloons TD 6 is not for free, you have to part away with a few bucks to get it. But it’s a great game that features high quality graphics. In this game, you find yourself in a territory that’s at risk of being invaded by bad guys. Your job is to take these bad elements down before they accomplish their evil plan. Shooting down the bad guys is made easier by the availability of watch towers. You can update the characters and get technical support even when you are not connected to the internet. Since the game is still being developed, you can expect to find more of its content and upgrades at AndroidHackers.

Goosebumps Horror Town is not for the fainthearted. The game puts you in charge of a city that’s frequented by horrifying aliens. If you value multiple characters, this game offers exactly that and so much more. There are actually around 100 characters that can be tried simultaneously. At the moment the moment, the game is available for free. You can therefore download it before the trial period lapses.

The elements of Might & Magic are similar to those found in other games that revolve around RPGs. The game allows you to chart your way to victory by giving you the privilege of building your fighting team from scratch. You are also allowed to select the weapons that you think will help you crush your enemies. It’s also up to you to select the abilities that you want your hero to have.

Minesweeper comes with a low price tag. The game is actually an advanced version of the old version that could only be played on PCs. In fact, it’s a blend of Sudoku and the traditional Minesweeper that we all used to play back in the days. And you don’t have to worry about the levels because they are created automatically while the game is still in play. Since the game is powered by Google, you can easily create a backup copy in the cloud.