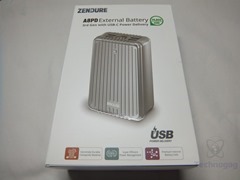 I’ve reviewed a lot of portable power banks over the years but none as big as the one I have today, it’s a whopping 26800mAh in capacity! The portable charger is from a company called Zendure and it can charge everything really, from phones to game consoles to even laptops, yes I said laptops. I don’t think I’ve ever seen a portable battery pack that can charge a laptop until now. The Zendure A8PD portable charger has five USB port including a USB-C port and they even include a USB-C cable for you that can convert to regular USB as well. This is a big battery pack! Read on to learn more… 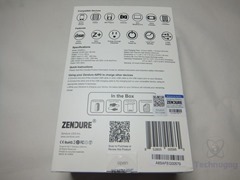 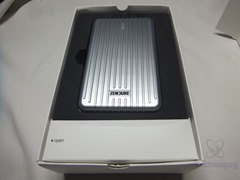 Once you get everything unpacked you’ll find the battery pack, a couple instruction sheets, cloth drawstring carrying bag, USB cable and a set of stickers. 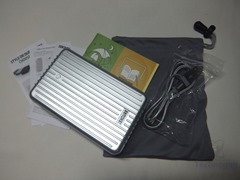 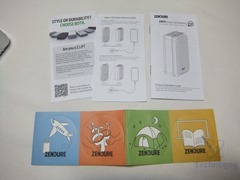 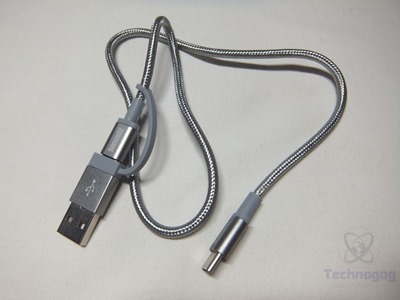 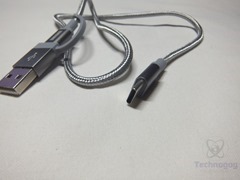 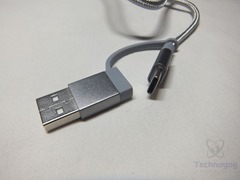 The A8PB battery pack is big which is to be expected as it’s such a large capacity. The pack just a single button on the front and the Zendure logo there as well. The pack measures about 4.75” x 3” x 1.75” thick. According to the specs on the Zendure website it weighs in at about 1.06 pounds so it’s not exactly lightweight, but still light enough to be portable. 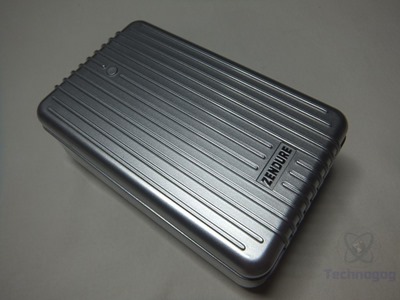 To give you maybe a better idea of the size of this battery pack, here it is with my Samsung Galaxy S9 which is in an Otterbox case: 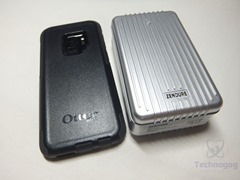 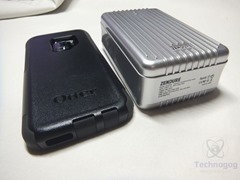 The top of the battery is where you’ll find five USB ports, four of which are just standard ones and then there’s a USB-C port as well. When you press the button on the front the battery charge status is displayed in large bright numbers so you can easily tell how much charge is left on the power bank. The USB-C port works for both charging your devices and for charging the power bank itself. 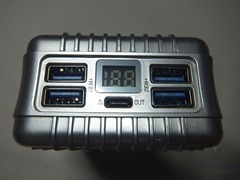 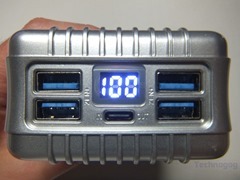 The battery is huge and supposedly I can charge my Galaxy S9 at least 7 times with it which would give me a week of being away from a power outlet which is really good in my opinion. I tried charging my phone via the regular USB port and then via the USB-C port and it worked fine, charging seemed fairly fast really. You can take this power bank away for a week in the woods and still be in contact, this would be great for camping for sure. The specs say you can even charge a Macbook 1.7 times from this battery, I don’t think I’ve even seen a portable battery that can charge a laptop, at least that I’ve reviewed or bought anyway. 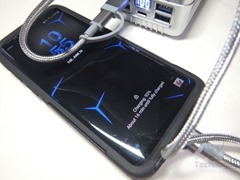 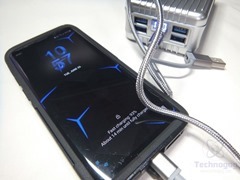 The Zendure A8PB portable power bank is certainly useful, it’s just got a huge capacity, I can easily go an entire week without plugging my phone in to charge it.

The price of the Zendure A8PD might put some people off of purchasing it, it’s about $100 and to me that’s a lot of money to spend on a portable battery unless I’ll be using it a lot to make it worth the cost. My son is in Boy Scouts and I’m sure he would love something like this to take camping with him to keep his phone and other stuff charged. This is one of those products that you really need to have a use for I think, and I also think there is a market for it.

The physical size is large but so is the capacity, and with a capacity of 26800mAh I can easily forgive the physical size of the battery pack. It’s big but it’s still portable, small enough and durable enough to just toss in your backpack or bag and go.