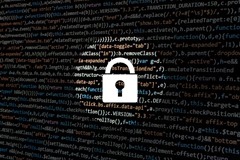 Cybercrime is a serious concern for any business, but understanding a little more about the threats can help you deal with them effectively

As technology becomes ever more essential across all industries, businesses of all sizes are finding themselves increasingly concerned about the risks of a cyberattack. Hackers and viruses can deal swift and deadly damage to a business, but understanding more about the different kinds of cyberattacks can help you feel more prepared before an issue arises. That’s why we’ve sought out the help of the experts at Syntax to help you get to grips with some of the main kinds of cyberattacks.

First of all, what exactly defines a cyberattack? To put it simply, a cyberattack is an attack originated by a digital system against another digital device, website or system. It aims to compromise the privacy and reliability of this system, as well as the data stored inside it.

These attacks can act as a threat to individuals and businesses alike, by releasing data which should remain private or by releasing viruses which corrupt documents and make them unusable.

The number of cybercrimes has been on the rise in recent years. Between early 2016 and late 2017, the total number of cyberattacks increased fourfold, and this number has only grown since.

So here are some of the most common kinds of attack to watch out for.

Malware is software specifically designed to disrupt a computer, server, client or computer network. It can be found in the form of scripts, active content, executable codes and other malicious software.

These codes can be viruses, ransomware, adware, spyware, scareware or computer worms. Generally speaking, it can install harmful software on your system, steal information from your system, damage your system and make it in operable, and block access to key factors within your own network.

Phishing aims to steal restricted information from an individual or business, such as login IDs, passwords or credit card information. Hackers often impersonate a reliable establishment via email or instant messaging, and try to retrieve information from the recipient.

This is often done by including a link in the email that leads to a legitimate-looking fake site. This site will then ask for personal and secure information. Phishers bait users by claiming to be from reputable third parties like banks, IT administration, auction sites or online payment processors.

A DoS or denial-of-service attack occurs when an offender attempts to make the digital assets of a company inaccessible to its users.

Offenders will provisionally interrupt services while the network host is connected to the internet. They will then overfill the target network or machine with a whole range of useless applications that will burden it and stop it from carrying out legitimate requests.

The zero-day vulnerability is a defect found in the software, hardware or even in the firmware of a business. Although, often it isn’t found, as it is so hard to detect.

This vulnerability is hidden from the teams responsible for fixing it. It is referred to as the zero-day vulnerability as there is most often a zero-day time gap between the time it is detected and the moment the first attack takes place.

Passwords act as the gateway to our private online information, so it’s no surprise that hackers try to tackle them. Some hackers will use brute force to bypass passwords, creating a combination of underhand techniques and good old-fashioned guessing in order to get through. Others will try common passwords or infiltrate your system to learn more about your online movements.