Launched in 2016, AirPods (Apple’s wireless earphones) have been a viral product largely thanks to their Bluetooth range, ease of connectivity, a simple charging mechanism, portability, and impressive battery life.

AirPods have been so popular that Apple hasn’t always been able to ensure inventory keeps up with demand. In addition, a number of earphone manufacturers are riding the AirPods wave by producing their own strikingly similar wireless earphones (DaniWeb has an extensive review of one of these). 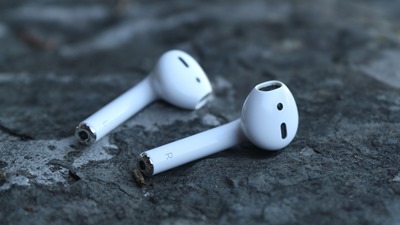 If you aren’t familiar with AirPods or just want to learn more about them, the following facts will be helpful.

AirPods are wire-free earphones that are fitted with a wireless chip (H1 or W1), optical sensors, beamforming microphones, and an accelerometer. There’s a charging case which serves the dual role of charging and a storage compartment for the AirPods to prevent their odds of getting lost.

The charging case is fairly small and therefore pocketable. Charging can be done through Lightning cables or a Qi wireless charge.

The first AirPods were produced in late 2016 and were enhanced in early 2019. There are, therefore, two versions available—the original (AirPods 1) and the second-generation (AirPods 2). Whereas the two versions are identical on the outside, there are a number of differences between them.

AirPods 1 use a W1 chip and AirPods 2 use the more advanced H1 chip. The H1 chip is 100% faster at switching between devices and 50% faster at connecting phone calls. AirPods 2 allow you to summon Apple’s Siri hands-free.

AirPods are designed to be easy to set up and configure via an Apple device. Unlock your iPad or iPhone, open the top of the charging case, bring it close to your device, then wait for a popup on your phone or tablet display. Once that appears, touch the connect button and you are ready to listen to your favorite music.

AirPods are automatically registered to your iCloud account so you just need to pair them with one of your devices, and all your other Apple gadgets will recognize they exist. Use standard Bluetooth settings to switch the AirPods connection to a different device.

In many respects, AirPods work in the same way as Bluetooth headphones so you can use them on non-Apple devices such as Android smartphones. Nevertheless, you won’t enjoy the full spectrum of functionality.

The definition of what constitutes comfort isn’t always universally agreed upon. It’s not any different when it comes to AirPods. Whereas the overwhelming majority of users seem to have a favorable opinion on the AirPods’ comfort over extended periods of use, no two people’s ears are shaped the same.

So for persons with below average sized ear openings, the AirPods may feel a little tight. Likewise, those with larger ears may see the earphones slip out of position especially when they are engaged in rigorous physical activity such as exercise. For that, you would be better off going for the Powerbeats Pro, which is an Apple product with most of the AirPods’ features but designed to withstand physical activity and are sweat proof.

To nobody’s surprise, Apple is working on the third version of the AirPods which is set for launch in early 2020. There have been a number of rumors on what users can expect with the next release with specific mention of a new design, noise canceling technology, and improved water resistance.

AirPods have been a resounding success and are promising to go the way of Apple’s revolutionary products like the iPhone. This primer should provide the basic information you need to know what they are and how they can better your lifestyle.