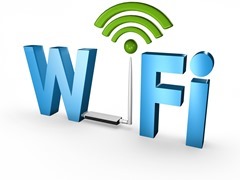 Thomas Edison would not have thought in his wildest dream that his biggest invention, the light bulb, would one day be used to not only light up houses but also to transmit signals so people could download data in any of their internet-enabled devices. Feeling confused? Well, it is true, with Li-Fi, the new talk in town. Li-Fi or Light Fidelity is a newer technology that makes use of visible light communication or VLC to transmit data. You can think of it as a super-fast signal lamp. Wi-Fi, on the other hand, works through a cable modem connected to the wireless router. No doubt, it is more excessively and commonly used technology.

With hundreds of providers in the market offering some of the finest Wi-Fi plans with whopping speeds and fool-proof coverage, just like the Cox Wi-Fi plans that pretty much have everything in store for you at the most affordable rates, we seem to rely on the wireless network immensely for carrying out our online activities. Is the new Li-Fi technology going to take over the already popular Wi-Fi technology? Which one is better? Does Li-Fi technology have the potential to be part of the future? Here we are with a detailed comparison to have a better analysis of both the technologies. Let’s dive in:

The available spectrum for Wi-Fi spreads to an area of around 5 GHz. On the other hand, Li-Fi transmits data over beams of light so the range is pretty massive. Since visible light has a vast spectrum, therefore it will not be wrong to say that Li-Fi can transmit data over a limitless range of frequencies. So, it can work great for congested areas where Wi-Fi seems to be running out.

Maturity is where Wi-Fi has an edge over Li-Fi. It is a comparatively stable technology and its set of standards are easy for the manufacturers to stick to. Since it has been evolving slowly over time, you can find a wide range of hardware and software products readily available in the market. This is not the case with Li-Fi yet, and it will take a while for it to mature and evolve to the point when a reliable set of hardware and software will be available.

When it comes to electromagnetic signals, different sets of frequencies have different penetration strengths and energies. In regards to light waves or radio waves, as is the case with Li-Fi and Wi-Fi respectively, they can vary greatly in terms of what they can pass through and what can block them. Solid walls block Li-Fi but Wi-Fi might pass through. On the other hand, light waves can pass through water. So, it presents a whole set of different applications for Li-Fi when accessing data for industrial or IoT purposes.

A single LED can transfer data over a range of around ten meters. However, an array of LEDs can be used to cover a wider range. On the other hand, Wi-Fi has an effective signal range of around 30 meters.

Li-Fi has no interference issues and can transmit data over water, so it can be easily used in airlines, operation theatres, and undersea for military or industrial purposes. Wi-Fi, on the other hand, does have certain interference issues; therefore, it is more preferable for over-the-air internet browsing or Wi-Fi hotspots.

When it comes to data transfer speeds, Li-Fi can provide up to 1 Gbps, while Wi-Fi can offer a speed of 150 Mbps. It is possible to reach speeds up to 1 or 2 Gpbs by making use of WiGig/Giga-IR.

The components needed for the proper working of Li-Fi include a lamp driver, LED bulb, and a photodetector. For establishing a Wi-Fi network, we usually require routers and a modem.

The most common type of wireless technology in use these days is Wi-Fi but the growing Li-Fi technology can be a game-changer for the future. The aforementioned thorough comparison provides a competitive analysis of spectrum range, maturity, signal penetration, data density, data transfer speeds, applications, privacy, and equipment to get a clear picture of both technologies and what they have in store for us. There are certain areas where Li-Fi enjoys an advantage over the Wi-Fi-like spectrum. Nevertheless, Wi-Fi does seem the winner in terms of availability, maturity, and range. It is safe to expect that Li-Fi might capture the greater interest of manufacturers over the coming years as it continues to improve, but for now, Wi-Fi appeals to the majority of the masses.

← Cheapest Data Only Plan in Singapore
What Makes Good Network Cabling & How To Choose Service Providers? →