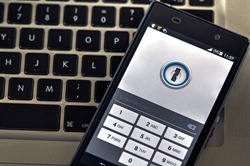 The way in which why enjoy games is constantly changing. Where we once had to rely on arcade machines for our entertainment fix, we’re now able to battle with fictional monsters or enjoy the latest themed slot game via our laptops and mobile devices. In addition to making games more accessible, this evolution has also given us more choice. Although hybrid machines (laptops that turn into tablets) are gaining in popularity, the gaming market is still split into two camps: laptops and mobiles.

Why is this the case? Let’s take a look. 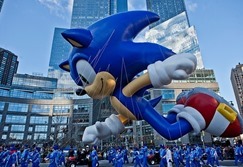 Although you might find it easier to control a speeding hedgehog (a game which may be revived by Sega in the coming months) using your mobile device, playing games where accuracy counts can be problematic. For example, if you were playing blackjack on an app provided by the likes of Betfair or 32Red, you may have trouble selecting the right bets in a game such as blackjack which, as you can imagine, can be both costly and frustrating.

A better way to play is using a mouse. While it may seem a little old fashioned now, a mouse pointer is deadly accurate and rarely misses the mark and that’s why it’s a better option for gamers, especially those who enjoy online casino games. 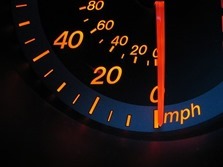 In terms of speed, there is now very little difference between laptop and smartphone games. Although laptops can process information faster than smartphones, developers have addressed this problem by optimising their apps to ensure game play is just a smooth. For example, if you were to compare an online slot game from 32Red or Paddy Power across both mediums, you’d find that each set of reels spins at the same rate.

However, although the speed of each game will be virtually identical, gamers will find some features missing from mobile games. For example, if you were playing Mortal Kombat, you’d find that the moves are far less complex than the desktop version of the game (as you can make combinations by hitting a series of buttons). Similarly, casino games, such as slots, contain fewer features in mobile form. When you play via your laptop you’d be able to enjoy interactive bonus games. In contrast, this isn’t possible via mobiles which means desktop devices come out on top once again. 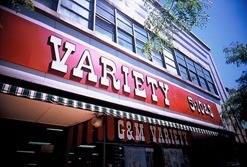 Regardless of how good a game can look on a mobile device, even the best apps can’t match a desktop game when it comes to variety. Continuing our look at examples from both the gaming and iGaming worlds, it’s clear to see that a title such as Call of Duty is far more complex when played on a laptop than it is on smartphone.

Similarly, an online casino such as 32Red will be able to offer many more games via their desktop platform. For example, inside the desktop site you’ll find 320 online slots; in contrast, the 32Red mobile platform offers 18 games. What’s the reason for this? Space. Laptops are able to store and process more data and that means operators can offer more options via this medium than they can in the smartphone arena.

As you can see, the line between laptop and mobile gaming is a fine one and the side of the divide you fall on will likely be a matter of personal preference. If you prefer a more ergonomic experience then go for a mobile game. However, if you want more variety, power up your laptop. Whichever way you slice it, gaming is better now than it ever was.

“the Speed of Silence” (CC BY 2.0) by MyBiggestFan

← How to Build Brand Awareness When Marketing Your New Product
Samsung’s S6 vs. S7: Which is Better for the Sports Bettor? →