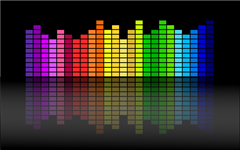 Have you ever looked at a crowded Tomorrowland line-up and thought “I want to make music too?”

Making music is easier than ever today. For a few hundred dollars, you can have access to the same music production software used by Grammy-winning artists.

Yet, far too many people struggle to make the jump to actually making music. There are some pervasive myths about music production – especially electronic music production – that stop people from starting on their music-making journey.

In this article, I’ll bust 3 of the most common myths about electronic music production.

Not true at all!

The origin of this myth can be chalked up to the exorbitant cost of early DAWs (Digital Audio Workstations). These tools were not only expensive, you also needed different kinds to take a track from idea to actual recording. You’d use Cubase to arrange the track, Logic Pro to master, and buy a bunch of plugins in the process – all adding up to your cost.

The truth is that DAWs are cheaper than ever today. Ableton Live, one of the most popular DAWs in the world, has a beginner edition for just $99. Apple’s Logic Pro sells copies for under $200. And FL Studio has beginner options for $99.

If even that is too expensive, you can use open source DAWs such as LMMS. This DAW has most of the features you’d want in a commercial production software. It also works with nearly every plugin – all for the grand price of $0.

Myth: You need lots of equipment to produce music

You might have been tempted to believe this myth after looking at pictures of professional recording studios. These studios will often have rows upon rows of mixers, dozens of mics, tons of keyboards, and racks of amplifiers.

But you don’t really need all this equipment to produce music. In fact, with modern tools, you can get commercial-sounding sound right in your bedroom.

Here’s what you really need to produce music:

Everything else is optional. You can buy a MIDI keyboard, but it isn’t necessary. You can add a mic, but unless you’re recording mics or live vocals, you won’t need it.

Besides the computer (which I assume you already own), the other two will set you back by under $250 in total.

Not really an expensive way to start an exciting hobby!

Myth: You need to know music theory to make music

This is perhaps the most pervasive myth in music production: that unless you know the ins and outs of music theory, you can’t write any songs.

The truth is that modern DAWs make it ridiculously easy to make music, even if you don’t know your A notes from your C notes. The entire workstation is arranged like a piano roll. You can see the name of each note as well as its sound by clicking it. 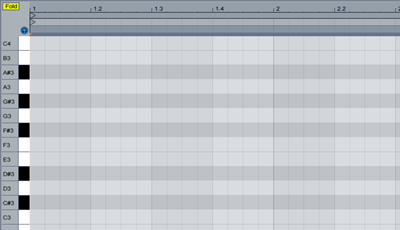 To add a note, you simply have to double-click one of the boxes. You can even change the length of the note by changing the size of the gridlines (1/16th, 1/8th, 1/4th, ½ or full note).

Thanks to all these visual and auditory aides, creating a pleasant sounding melody boils down to basic trial and error. With a tiny bit of experimentation, you’ll quickly figure out which notes sound good together, which don’t. A couple of days of doing this is enough to replace any extensive music theory knowledge – at least initially.

So what are you waiting for? Grab a copy of your favorite DAW, hook up an audio interface, put on your headphones, and start producing some music!

← Are Cryptocurrency Trading Bots a Scam or a Gold Mine?
Review of Victagen VF-803 Tactical 1000 Lumen Portable Flashlight →