While the growth and development of the internet has changed so many things in our lives, one of its biggest impacts has undoubtedly been on how we watch, listen to and ultimately consume our favorite media.

Once upon a time, watching the latest major TV shows meant keeping close tabs on schedules, while the only way you got to enjoy new music releases was to take a trip to a local record store. Now, everything is available at the touch of a button, whenever you want it or need it. 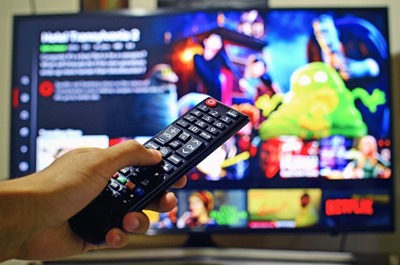 Much of this is, of course, down to the emergence of streaming, a concept that has dominated discussions in the media for years and looks set to continue to do in the future too. The idea of simply accessing content via the internet has become massive, with the quality of fixed-line and mobile connections improving hugely in recent times.

A major talking point in TV

As we have already touched upon, one area where its impact has been obviously felt is in the world of TV and film. Barely a day seems to go by at present without some new report of a deal or move related to streaming services in TV, with one of the biggest talking points of the year so far being the planned launch of Disney+ in November.

Considering the blockbusting franchises that fall under the entertainment giant’s control, it is hard to bet against the new service being a monster success. Ahead of its move into the area, Disney recently agreed to take control of Hulu via a deal with Comcast.

With the likes of Netflix, Amazon Prime and new services expected from the likes of Apple and other organizations such as AT&T, it is fair to say that TV and film streaming is a fairly crowded marketplace. However, with recent research from Deloitte revealing that more consumers in the US are now paying for a video service than subscribing to cable or satellite, it is understandable that new players are desperate to enter and make a splash in the market.

Of course, while the impact of streaming is being felt massively in TV and film, the rest of the entertainment world is also being touched by its influence.

The world of video gaming is changing all of the time at present and while new developments such as virtual reality are having an impact, arguably the biggest talking point in the industry at present is – once again – streaming.

The concept has existed in gaming now for a few years, with services like PlayStation Now being a fine example of how developers and the biggest brands in the industry have embraced it. Streaming has also had an impact in the online casino world, with major sites such as Betway offering live casino gaming options to their members. The concept gives players a chance to take part in a range of games including blackjack and roulette, with a dealer hosting the action via a live video link.

The future of gaming is not a box. It’s a place.

This is Stadia. One place for all the ways we play ? https://t.co/v2jJTUWkYz pic.twitter.com/LlIHbjigDR

But while streaming has existed in gaming for some time, it is expected to reach a whole new level later this year with the launch of Google Stadia. The cloud-based gaming platform has been created to give people a chance to play AAA games across a host of devices, with no updates or downloads being required to access the action. There are suggestions that Sony are planning something similar, while Microsoft has also been looking at this area through its Project xCloud initiative.

Of course, one key area where streaming’s impact was arguably felt first was in the world of music.

The emergence of services including Spotify, Deezer, Amazon Music and many more have meant that fans of a range of genres can access new releases quickly for a subscription fee. The days of physically owning music seem to be drawing to a close, with many people choosing to access streaming on smart home devices like the Amazon Echo or via apps on their cellphones.

Furthermore, another way that streaming’s influence is being felt in music is through bands or festivals choosing to stream live performances online. Notable acts to take this step include the likes of Muse and U2.

A big part of our lives

All of this highlights the huge influence that streaming has had on our lives, as well as how its impact is only expected to increase in the months and years ahead.

The entertainment world has had to adjust to the huge shift that streaming has caused in media consumption and it will be fascinating to see how it continues to change things and forces businesses to rethink their strategies. It is a big part of our lives and, with major developments like Disney+ and Google Stadia on the way, it is hard to bet against it becoming even bigger in the future.