It’s that time of year again. Love is in the air. Lovers flock to the stores to buy tokens of affection for the special someone in their lives… it’s Valentine’s Day.

Since “geek” is sexy and the “in” thing to be, I thought it would be a good time to share with you some tips to turn the geek in your life on (or so I’ve heard). These ideas will definitely make your guy happy, as well as, show him how much you care.

So this Valentine’s Day try some of these ideas out on your geeky significant other to show him how much you appreciate his “geekiness”.

Do a Little Role Playing

You may find that a handsome nerd has a soft spot for a certain movie character that finds herself in a less than optimal situation. Many guys I have talked to have said that Jabba the Hut’s slave girl Princess Leia gets more than a passing glance when watching the original Star Wars movies.

So, surprise him wearing the outfit and let him act out that fantasy of saving you from Big Ugly. Afterward you can show him all of your appreciation for being rescued from a dire situation. Be sure to stay in character and use your best, “Help me, Luke Skywalker”, voice.

Is your guy into board games? A board game can be one area where you can get his attention and still have a little fun with the topic. For example, almost every red blooded girl likes a good horror movie, and the popular game series “Zombies” brings that creepiness from the silver screen to the love shack table. Challenge your man to a Zombie kill-a-thon and try to get him fired up. Nothing says love like killing zombies.

Online computer games might be a fun way to engage the geek in your life. As an example, with a World of Warcraft monthly subscription you can schedule a virtual date online and play the beautiful but deadly night elf huntress.

Teasing a hunky geek while slaying evil minions might be just the ticket to make it an interesting and fun date for the both of you. After a few rounds of slaying what could be better than some intimate conversation about how you made a great team.

Crank up the First Person Shooters

Girls – most geeks love first person shooters. It seems like most guys are wired for it from birth, and they adore the women that take the time to play it with them. But be warned – the last thing you want to do is to look like a total n00b when it comes game time. 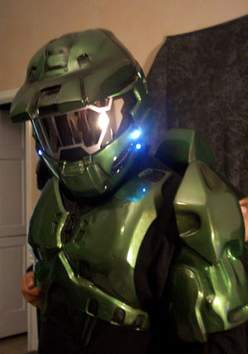 Having played a bit with my own geeky hero, let me give you some pointers:

Follow these simple rules and you will be on your way to have your nerdy guy thinking that you can kick butt and look good doing it. It’s like a nerd’s dream girl.

Have a SciFi DVD Party

Nerdy hunks love Star Trek, almost universally. You can’t go wrong with buying or renting a box set of Star Trek DVDs. Plan a private little viewing party, with some light but delicious snacks. You can cut up some kiwis, strawberries, and bananas to have a delicious and scifi-ish treat. You can even get some liquor and call it Saurian Brandy – I am sure that Scotty would approve. Don’t forget the popcorn, and you can find plenty of recipes to make colored popcorn to make it out of this world.

After you get the entertainment and snacks squared away, concentrate a little on yourself. Wearing something suggestive that relates to the shows will not go unnoticed. You won’t find many nerds that would fail to make the connection between a pretty girl beside them in a short dress and Uhura’s short uniforms. And a pair of Vulcan ears can go from being Spock-ish to being a playful nymph rather quickly.

But if you want to go all out – get a copy of the Star Trek episode where Captain Kirk was being seduced by the green skin girl, and paint yourself green with some body paint. He will not forget it any time soon, I promise.

Impress Him With Your Mind

Impressing a nerd with your body is not a hard job – they tend to appreciate such things more than they do a 3rd down conversion play. But impress them with your mind, and you can have them eating out of your hands for some time to come. For example, if your geek likes watching Lost, spend some time going over the major points of particle physics (or just hit the crash course Wikipedia version). Then, the next time Lost is on, let him know that advanced science could support non-plane crash world co-existing with island world. He will start to look at you with awe in his eyes (and a little lust, of course – smart is always sexy).

A good relationship includes having a good imagination, and nothing gets the imagination stirring more than a good book. Find a good Geeky series, and plan a little reading party. Have the snacks ready, and wear something that is soft but alluring. Stage the area with soft lighting and pillows, and read to your geeky guy as he lays his head on your lap and focuses on the sound of your voice. Part way through the reading, be sure to pick up one of those delicious strawberries and slowly but playfully devour it as you read some interesting passages. That just might become his favorite book of all time.

3 comments for “A Girl’s Guide: How To Turn On The “Geek” In Your Life”