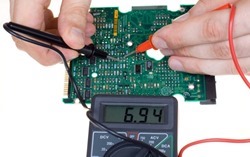 For several decades, analog and digital designers have largely lived in separate worlds. Thanks to different approaches to design, not to mention differences in tools, the relationship between the two fields has largely been nonexistent.

However, that is changing rapidly. These days, more than 70 percent of integrated circuit designs are a hybrid of analog and digital technology, and that number is expected to grow, thanks in large part to the Internet of Things. With almost every new device arriving on the market containing sensors and internet connectivity, it’s become more important than ever before to find ways of incorporating analog and digital design principles and for designers to work together. But before they can, it’s important to understand some of the key differences in the design principles of each approach.

Analog circuits are inherently more complex than their digital counterparts. While there is a perception that a digital designer can develop a circuit with just a few taps of the keyboard (and in a sense, that is true, but not entirely) analog design is often treated more like an art, with designers needing to understand the complexities and limitation of the tools they are working with and the unique physics of each component.

One area where analog products and designs are significantly more complex is in achieving accuracy and precision. Not only does the level of accuracy required depend on the circuit being developed, but it’s also dependent on the components and devices contained in the circuits themselves. While digital circuits tend to be precise by their very nature, analog devices can have more deviation in basic measurements and be more influenced by outside factors, such as temperature.

Finally, noise is a significant concern in analog design, as analog components are more influenced by noise than digital. Because noise is random, analog designers must have an understanding of statistical sampling methods to be able to account for noise in their design.

One of the major differences between analog and digital design is the actual building blocks of the design. Whereas digital design relies on the accuracy of the code and how well that code interacts with external events, analog design is more reliant on the designer having a solid understanding of the basic components of the device and how they will interact with each other and outside influences. 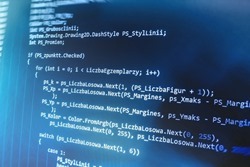 Because digital and analog designs are created in different spaces, testing and measuring the effectiveness of each design is different as well. When testing analog components, every piece is easily seen, right there on the circuit board. Because digital design is code-based, everything is contained inside the processor. This requires an in-circuit emulator for testing, which essentially brings the circuit to life on a computer screen, allowing the designer to identify potential issues and correct them.

While these are just a few of the primary differences between digital and analog design, the fact remains that most products are now mixed-signal, requiring analog and digital designers to work together. Rather than forcing disparate pieces to come together, the design process needs to be integrated from the very start.

However, there are challenges with this integration. Adding analog components onto chips at advanced process nodes is challenging because not only do analog design rules limit how devices can be placed and routed, but certain system specifications are the same no matter how they are scaled. A device that uses a USB, for instance, requires a 5V signal to charge the battery, but not all system on a chip (SoC) can accommodate a 5V signal.

One solution that many companies are exploring is to incorporate digital design onto traditionally analog components instead of vice versa. However, even then, mixed-signal design is presenting some challenges, especially since there appears to be a shortage of analog designers. Experts note that analog design is an art and requires more than simply learning the tools, and many opt to go down the digital path instead.

That being said, there is a growing trend toward encouraging more analog design, and as analog and digital designs become more intertwined, such as with the wearable tech boom, there is room more innovation and change within the digital sphere. As the worlds of IoT and SoC continue to advance, expect to see some significant changes in the world of embedded circuit design.