The world we live in nowadays is incredibly different from the one our grandparents lived in when they were our age. Likewise, their grandparents lived in one very different from them. This constant evolution of change is propelled forward by many things, but most importantly by ever-changing technology. Here are some of the ways that technology is changing our habits.

One big change that has come over us is an increase in impatience. The internet has placed a vast amount of information at our fingertips and it can remove some of the mystery from the world.

The easiest places this can be seen is in our appetite for new TV shows and films. When a TV show is released, it is often in one block. On-demand streaming has made people impatient for the next part. Having to wait a week at a time, as we once did, is now thought to be incredibly frustrating for most people.

Even if something has been out for a while, there is always a desire to know more. It is common to see people searching for plot points while in the middle of a film simply because they cannot wait to see how the story unfolds naturally.

This has given rise to the counteraction of spoiler blackouts on social media, where fans demand that those who are too impatient do not post anything that could spoil the story. One of the most impressive of these came out following the release of the MCU’s Avengers: Endgame, where fans were eager to see how the story played out but did not want to know from those who had already seen it. 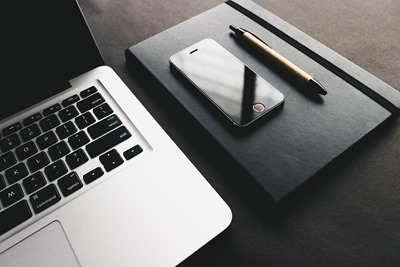 Obviously, one of the major changes in technology has brought about a wonderful level of accessibility. We have a whole wealth of information at our very fingertips. Whether we want to sit down at a computer, type a quick query into our smartphones, or even fire off a quick question to our home assistants, we are never too far from being able to find out more information about our world.

With that has also come the breaking down of certain barriers. People are able to get in touch with vast amounts of information that may have been inaccessible to them before. For example, you have many people undertaking online courses to learn about advanced university-level subjects simply because they are interested in it. They might not want to pursue a full degree in Physics, but that won’t stop them studying Nuclear Physics to find out more about how the universe works.

In addition to this, there is also an ability for people to enjoy their favorite activities in a much easier and more convenient manner. For example, many people used to save up thousands for a blow-out trip to Las Vegas to hit the casinos in style. While there are many who are still doing that, there are also some just opening their browsers to play Vegas-style online slots instead.

Though it may seem like everyone is glued to their phone nowadays, technology has actually brought us together in some incredibly beautiful ways. There are so many messaging apps out there which we can use to talk to our loved ones. On top of this, social media gives us an insight into what our nearest and dearest – and some people we may admire – are up to on a daily business.

In particular, the development of video chat has been massively important here. Before, there were many who would move to a city, or even halfway across the world, and would have to rely on infrequent visits, letters, and phone calls to have some contact with their loved ones.

Nowadays, we just have to give them a call on our phones. We can see each other, talk to each other, and potentially even play games depending on the apps. Long-distance relationships are able to flourish and grandparents can see their new grandchildren, to name just two of the many advantages this technology has had. Though the media often tries to claim that we are being driven apart by technology, it is actually bringing us closer together than ever before.

Technology and social media have given rise to more injustices being declared and shared than ever before. Whereas a grassroots campaign would once have to put in serious effort to gain any sort of traction, it can quickly pick up speed thanks to the hard work of individuals online.

We often find ourselves confronted with images and issues that we have given little thought to in our lives thus far. It encourages us to grow and challenge our ways of thinking. These can be massive issues that affect us all, or they could be as “small” as considering the debate as to whether Sophia the Robot and other robots should be granted some sort of personhood.

The debate spawned from these matters is interesting and it is spawning constant conversation and differing points of view. We are constantly being asked to reassess our own beliefs and personal moral compasses. One can only hope that being confronted with issues in this way is helping to develop society as a whole, and make humanity into better people.

Technology is one of the greatest tools that we have access to. The development of new gadgets can cause us to lead longer, happier lives and bring us together in ways that have not been seen before in our histories. The digital world offers much to us, in both a professional and personal capacity. There is no doubt that technology is changing us. We have evolved as people and we live in a society that our ancestors could not dream of, all thanks to the power of technology. However, we also need to be aware of the small ways that this is shaping us. Every new piece of tech that is realized has the power to transform us just one step further.