A 14-year-old Resident Evil 4 is an iconic release in every way – yet, the graphics and level of detail in the animation are getting outdated and harder to enjoy. Getting a remaster of the title was an event many looked forward to – however, when the remastered HD version was released, many started wondering – was it worth it?

If you are wondering whether getting an improved Xbox version is worth it, here’s an in-depth review of the remaster. 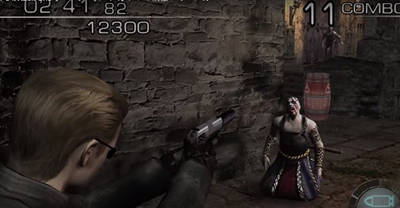 With the new release around the corner, it might be tempting to take a walk down memory lane and play Resident Evil 4 for a while. The remaster does the iconic title justice, yet, there are noticeable differences in the graphics department.

The Xbox and PS4 remaster stems from the PC Resident Evil code base. While most ports match surprisingly well, the haunting post-apocalyptic atmosphere of the game looks somewhat desaturated. After exploring the remaster, you might find yourself missing the high-intensity effects and the depth-of-field of the original title.

The game has lost a fair share of its contrast, removing the drastic difference between lights and shadows that added so much horror vibe to the universe of Resident Evil. Granted, you get more detail and higher resolution – yet, due to the lack of vivid colors and contrast, the display loses more than gains in richness.

As you get to know the remastered version a little better, image quality flaws catch the eye immediately. The GameCube console managed to prevent the original release from aliasing, on the Xbox or PS4 you will experience spatial distortions here and there.

There’s a slight shimmering throughout the frame that reduces the sharpness of the result. Anisotropic filtering would’ve fixed the issue in no time – yet, here we are.

The performance of the game makes up for visual frustrations. The remaster offers a solid 60 fps, produces no delays or hinches. Certain gameplay elements are still displayed at the alpha rate – water motions, fire effects, and a few others.

Generally, the online community rates the remastered Resident Evil as relatively glitch-free. The only repeatable issue is the delayed motion of Leon’s cursor bouncing up and down. 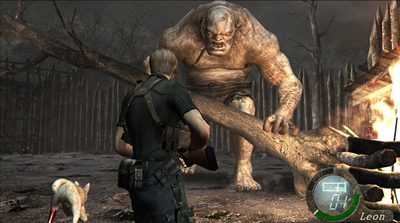 The motion blur issue has been considerably tweaked in the remastered version. There’s a toggle that helps either increase or reduce it. As an idea, the motion blur controller is a convenient addition to the gameplay. The execution, however, is woefully poor.

Instead of using a modern pixel-blur technology, the developers chose to smear the image so that it carries across a small LCD-monitor vibe. A friendly piece of advice: better keep the motion blur on a default ‘Off’ mode.

Textures are rightfully one of the few advantages of Resident Evil’s remaster. A team of designers went as far as to create texture sets that were not present in a PC version altogether.

The increase of detail is especially noticeable as you zoom in on villagers’ faces – by texture quality, Resident Evil 4 Remaster can compete with native PS and Xbox releases, though it would probably lose by numbers.

GameCube vs WII – Which Is Better?

The question is pretty much rhetorical here – that’s how almighty the WII is. However, acknowledging the speed and the motion control of the latter, we wouldn’t want to deprive the GameCube version from the credit it deserves.

As much as looking at the screenshots is enough to make you nostalgic for the graphic (pretty decent for its time). The GameCube specs are inferior to the latter releases, since the version uses 24 MB of RAM space.

Having said that, the gameplay is darker and more haunting than in any of the rival versions – it’s the original after all.

Where to Get a Resident Evil 4 GameCube ROM?

There are multiple websites that offer Resident Evil 4 Gamecube ROMs. Only a handful, however, is reliable and safe. Take your time when choosing an emulation catalogue – it’s better to be safe than sorry.

KillerRoms is recommended by many users to be a top ROM library. It offers a wide selection of GameCube ROMs – if you are a console fan, you’ll be able to play the Legend of Zelda, Pokemon, Mario 5, and many more titles. The Resident Evil 4 ROM is easy to set up, safe, and doesn’t use too much disc space. It takes 15-20 minutes to set up the game – after that, you will be able to freely enjoy the original Resident Evil 4.

← Tips for Managing Remote Teams Effectively
How to Win Back a Bonus Deposit: Strategies and Tips →