Found an email from Candella this morning in my inbox, they sent me over some information about their upcoming racing game called Kraze and a few screenshots as well…

Kraze™ is a multi-genre racing game for the PC.

Armed with an array of the most powerful cars ever designed, players compete for the Kraze Championship which includes racing modes such as Off Road, Rally, F1 and Street Race. Kraze challenges the player’s concentration, car handling and racing skills on a variety of environments from narrow city lanes, perilous mountain cliffs to the shimmering sands of a mirage-strewn desert.

The salient features of Kraze™ include:

Kraze™ on the PC will be available to buy this summer. 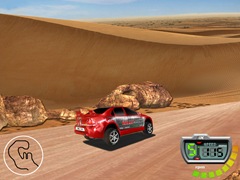 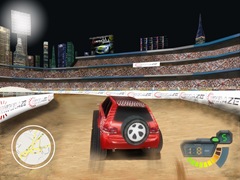 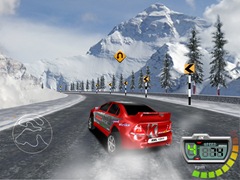 Based in the United Kingdom, Candella Systems Ltd is a developer and publisher of videogames for the PC, consoles and handhelds. Over the past several years, the company worked on several games for the PC and consoles including Pyroblazer (PC), Juiced (PlayStation 2, PC), Stubbs the Zombie (PC, Xbox) and The Fast and The Furious: Tokyo Drift (PlayStation 2, PSP). The company currently has several projects in development for the PC and consoles.

The company bagged the  ‘2008 International  Stevie Business Award’  in the ‘Best Website’ category for  onlinerealgames.com portal  and  has also bagged FICCI-BAF (Best of Animation Frames) award for its ‘Mouse Maze’ game in the ‘Best Online Game’ category for 2008.